The National Museum of American History selected six spokespeople with different points of view and asked them to address the question: What should Americans know about sweatshop production in the United States? 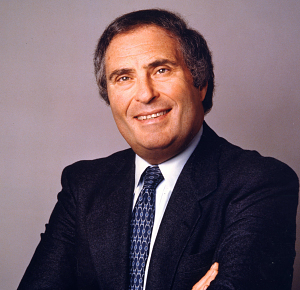 Jay Mazur is the president of UNITE, the Union of Needletrades, Industrial and Textile Employees. He has spent his entire union career fighting on behalf of workers and for the elimination of sweatshops at home and abroad.

Sweatshops are back with a vengeance, after being eradicated through the efforts of workers in the 1920s and 1930s. Today’s sweatshop is largely a result of the global economy and a pricing system in the apparel industry set by the large retail chains and controlled by the large retailers. The retail chains set the prices on garments that are sewn in small contracting shops or in larger factories.

Decades ago, unions ended child labor, unsafe working conditions, sub-minimum wages, and other scourges of the sweatshop. Shortly after the merger in July 1995 of the clothing workers’ unions into one strong labor organization, UNITE, the slave factories at El Monte were uncovered, alerting the nation to a problem that has been growing in the U.S. apparel industry. By exposing and publicizing the use of sweatshop labor — domestic and off-shore — UNITE was able to put the issue before consumers and other activists who care about how our clothes are made.

In the global economy, workers are being forced to compete in a global downward spiral, but it doesn’t have to be that way. Workers everywhere are fighting back to end child labor and to promote a decent and safe standard of living for all workers. Workers and their unions, with government, industry, and consumers, can end sweatshops. 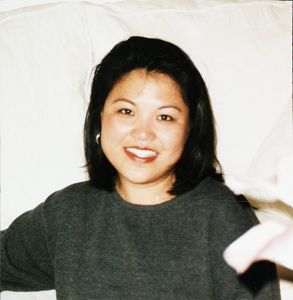 The slave labor sweatshop in El Monte reminds us that flagrant abuses of labor and human rights occur not just in distant countries. Sweatshops in America are not the products of individual contractors who choose to flout the law. They are the result of corporate decisions and corporate indifference.

Today immigrant workers cross continents and oceans for a country that has offered hope and opportunity to so many. Manufacturers and retailers who profit from workers' broken dreams must be reminded that immigrants, no matter how poor, do not check their humanity at the border.

Let us say to corporations who exploit garment workers that we will not pay this price for fashion. Manufacturers and retailers must exercise their power to eliminate sweatshops, rather than pay lip service to codes of conduct and then cry ignorance when those standards are violated. They must stop scapegoating immigrants, blaming government, and insisting consumers do not care. Only then can we ensure that the horror of El Monte will never, ever be repeated. 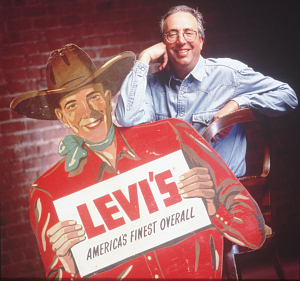 Robert D. Haas is chairman and chief executive officer of Levi Strauss & Co. and the great-great-grandnephew of the company's founder, Levi Strauss. Under his leadership, the company has been a global leader in the development of innovative and socially responsible business practices.

A company is defined by more than what it makes and sells. A company is also the values that shape its conduct in the marketplace. A successful business is built on a framework of trust and the consistent ability to meet the expectations of its customers, employees, and business partners.

When companies lose sight of the importance of protecting the fundamental dignity of workers, they erode the trust that must exist for a business to be successful in the long run. It is not only wrong, it also undermines a company's ability to compete . . . and it should.

In recognition of this simple truth, Levi Strauss & Co. was the first company to develop and implement basic labor and safety standards for the workplace. Known as our Terms of Engagement, they clearly define the business practice standards we insist upon both from ourselves and our suppliers around the world. We enforce those standards by diligently monitoring workplace conditions in every facility that manufactures the products that carry our brands. 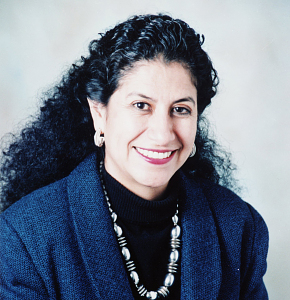 Maria Echaveste is an assistant to the President and director of the White House Office of Public Liaison. Previously she served as administrator of the U.S. Department of Labor's Wage and Hour Division where she worked extensively on the Department's anti-sweatshop effort.

Government enforcement can do only so much. The U.S. Department of Labor has taken meaningful-and innovative-steps to bring long-term solutions to the problem of sweatshops. These steps include a multi-faceted strategy of aggressive enforcement of the laws, consumer and industry education, public recognition of good practices, and collaborations like the White House Apparel Industry Partnership that bring together industry, unions, consumers, and human rights groups to develop real solutions to eradicate sweatshops once and for all.

We also must get consumers to care. American shoppers can and should ask retailers questions about where and how the garments are made. They can ask retailers whether they independently monitor garment manufacturers to avoid buying from sweatshops.

Sweatshops are an ugly stain on American Fashion. It is up to all of us to remove it. Working together, consumers, manufacturers, retailers, unions, and government can ensure that dignity and decent wages for garment workers is a fashion that never goes out of style. 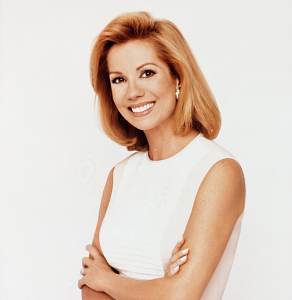 An entertainer, businesswoman, wife, and mother, Kathie Lee Gifford is the consummate woman of the 90s. As a means of providing a continuing source of funding for her children's charity projects, Mrs. Gifford developed the "Kathie Lee Collection" clothing line with Wal-Mart.

The plan seemed so simple: Create reasonably priced fashionable clothes for American women and use a percentage of the profits to create loving homes for HIV-positive and crack-addicted babies and children. Yet this effort ran headlong into the complex issue of where and how clothes are made.

In all candor, it was anger that initially galvanized my response. To suggest that I would support putting children in factories anywhere in the world bordered on obscenity. But anger won't solve the problem. Only action will.

Working with President Clinton, New York Governor George Pataki, and others, including my association with the White House Apparel Industry Partnership, I am proud to participate in aggressive initiatives to raise consumer awareness while focusing the spotlight on sweatshop operators. To ensure that responsible working conditions are met in factories manufacturing Kathie Lee fashions, we established an independent monitoring program including surprise factory inspections to check working conditions. In coordination with Wal-Mart, which distributes Kathie Lee fashions, we already have prevented some 100 factories in 16 countries that did not meet fair standards from working on our garments. This is not a solution, but it is a responsible start.

I believe that something good has come out of this wrenching experience. The sunlight that shines though the windows of Cody's House and Cassidy's Place will now not only touch the faces of children born with punishing afflictions but will help light the darkness in factories where the dignity of labor has been forgotten. 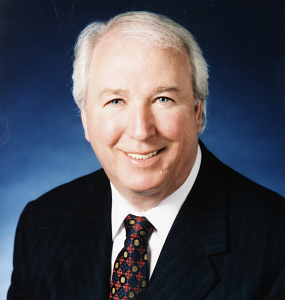 Floyd Hall is chairman, president, and chief executive officer of Kmart Corporation. Throughout his 40-year retail career, Mr. Hall has gained a strong reputation for his ability to lead companies through difficult times and resolve challenging issues with courage and integrity.

It is a shame that sweatshop conditions exist in the 20th century. Through collective action with other retailers, suppliers, government, and trade associations, we must ensure unfair manufacturing practices are brought to a halt.

Kmart wants our customers to be proud of the clothes they buy from us. That's why we have a long-standing tradition of working with reputable suppliers who share the same principles of producing quality products.

Our Workplace Code of Conduct articulates the standards we insist be met. It is a simple agreement with a strong message. We reserve the right to terminate the relationship with any supplier if we find a factory producing goods for Kmart to be unsafe or engaging in unfair and unethical employment practices.

Collectively, retailers can be clear and consistent in their labor-law monitoring and enforcement policies; manufacturers and contractors must be responsible for all of the facilities they source; government and policy leaders must continue to monitor and offer guidance; and trade organizations can support their members through education to improve upon industry practices. Together, we can eliminate sweatshops, for good.

‹ Fashion Food Chain up Is it Getting Better? ›