T is for Television

Walt Disney’s first children’s television program was a variety show for kids, featuring a cast of youngsters who sang, danced, and acted in skits alongside Mickey Mouse cartoons. The show aired to promote Disney merchandise and properties, including Disneyland, and was revived in the 1970s and 1990s. 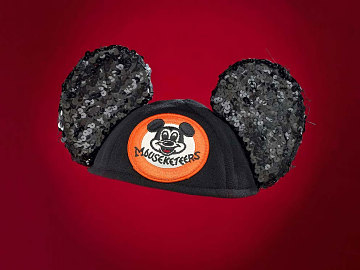 Mouseketeer Lonnie Burr wore this hat as an original Mickey Mouse Club cast member from 1955 to 1958.
Gift of Lonnie Burr 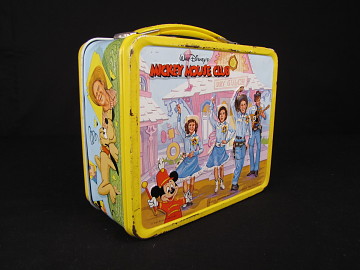 Due to audience demand, The Mickey Mouse Club aired in syndication through the 1960s and merchandise remained popular.

Beginning in 1955, Disney fans could read about their favorite Mouseketeers in Mickey Mouse Club Magazine.
Gift of Lonnie Burr

The freckle-faced cowboy Howdy Doody was one of American television’s first stars—quite an honor for a marionette! The creation of “Buffalo” Bob Smith, Howdy and his friends lived in the town of Doodyville and performed before a gallery of children. The show was merchandized with various toys, books, and games featuring its characters, which became a model for television shows that followed. 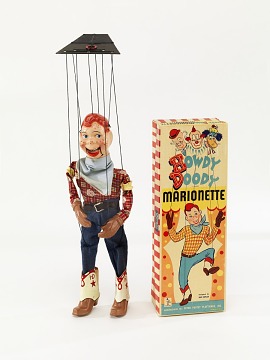 This toy was one of hundreds of licensed Howdy Doody products produced during the show’s run.
Gift of Anne W. and John W. Rollins Jr. 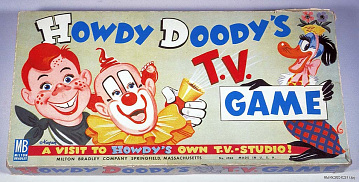 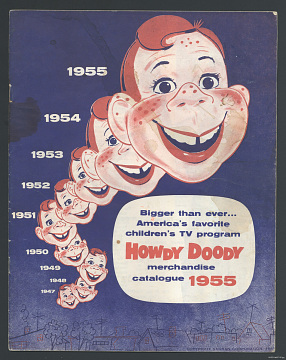 “The super-popular salesman on strings . . . has become an American Institution,” according to this catalog of merchandise featuring Howdy Doody. 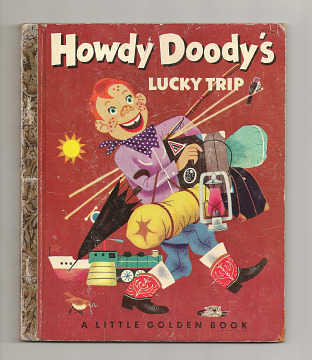 Inexpensive and popular Little Golden Books have entertained children since 1942. In this book, Howdy goes on vacation and catches robbers with his friends Dilly Dally and Flub-a-Dub.

Actor Larry Harmon made a children’s album character a television star when he launched Bozo the Clown in Los Angeles in 1958. Harmon franchised the Bozo character for more than 150 local productions around the country; each city had a different actor portraying the clown. The final remaining Bozo show ended its run in Chicago in 2001. 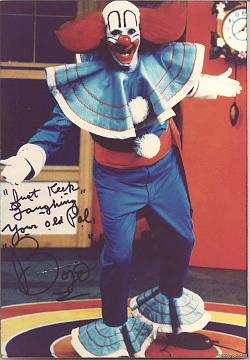 Larry Harmon wore this costume on his Los Angeles television show from 1958 to 1962. The shoes are size 18.
Gift of Larry Harmon 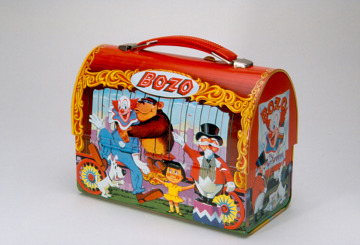 Larry Harmon licensed the Bozo character for cartoons, television programs, and merchandise like this lunch box.
Gift of Aladdin Industries (through Lillian B. Jenkins) 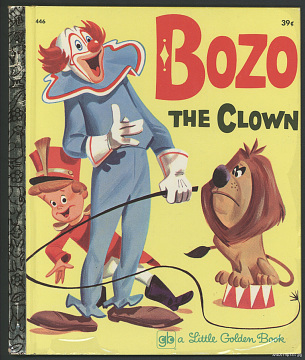