During the Revolutionary period, American money often contained messages about unity. The image of thirteen interlocking rings on Continental money was intended to illustrate the solidarity of the thirteen colonies against the British crown. In the 1780s the new national motto, “E Pluribus Unum”—or “out of many, one”—began to appear on American coins. 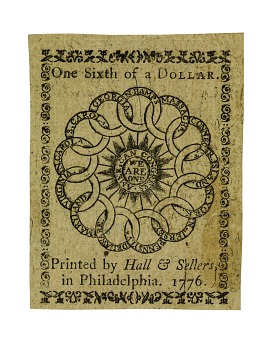 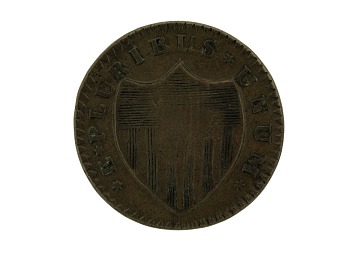 Some Continental currency of the Revolutionary period contained graphic illustrations inspired by the American colonies fighting and defeating Great Britain. On this note from 1779, America is depicted as an eagle eating the liver of the Greek god Prometheus, who represents a chained Great Britain. The eagle has become a prominent symbol of national strength on American money. 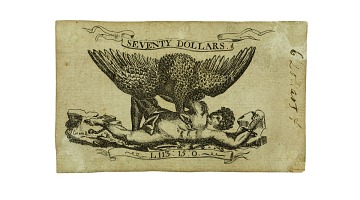 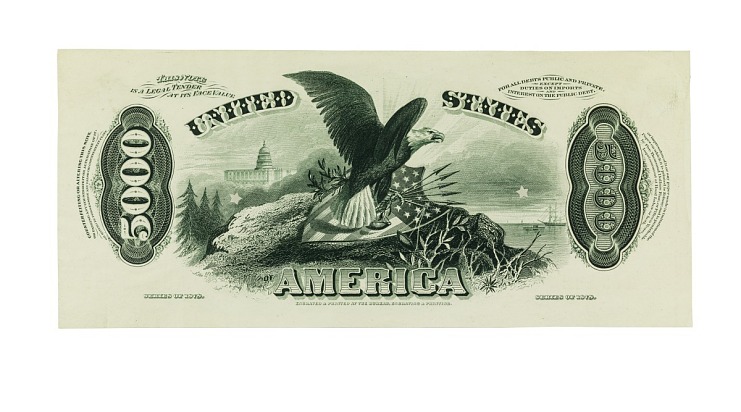 Political ideals and values, such as liberty and justice, have often been depicted on American money as allegorical figures. On this interest-bearing note of 1863, Justice is shown holding her scales. A strong Liberty appears on the right side of the fifty dollar note from 1880 with her sword and shield. Liberty has also appeared on many U.S. coins. 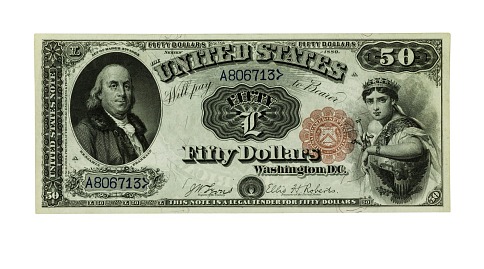 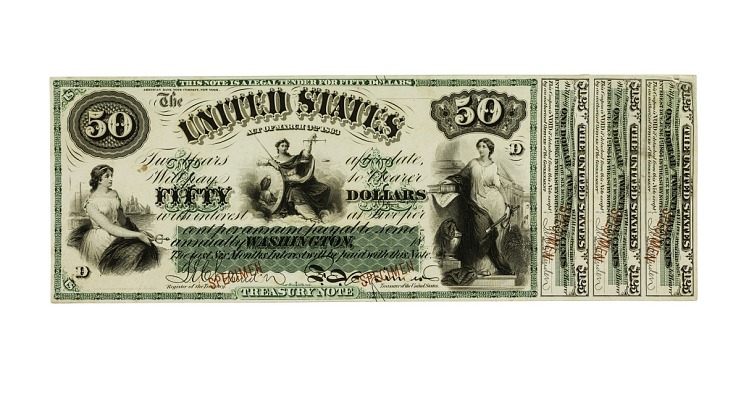 The Rule of Law 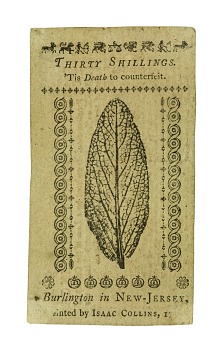 Currency issued by governments is protected by law. Historically money has conveyed messages to people about the consequences of counterfeiting it. These American colonial notes from the 1770s plainly state the punishment for falsely imitating the legal tender at the time, with phrases like: “‘Tis Death to Counterfeit.”

Counterfeiting money is illegal. It threatens the economy because it may prompt people to question if their money is genuine and if it will be accepted as payment. Governments also seek to prevent counterfeiting because it threatens their authority to manufacture money and to determine what can be used as legal tender. The presence of counterfeits may indicate that people lack confidence in a government or respect for its authority. 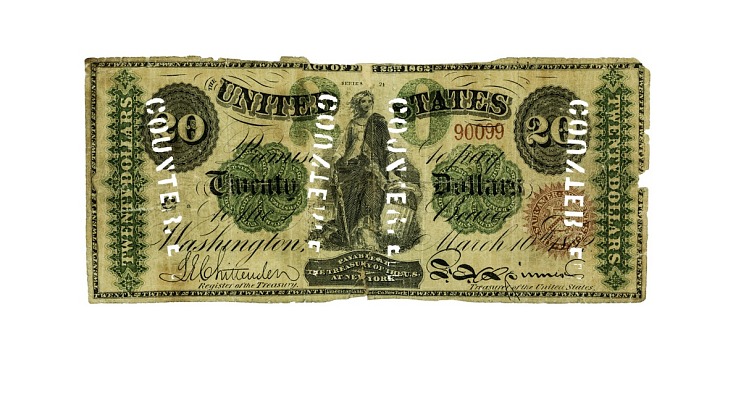 Donated by The Chase Manhattan Bank

Great Britain restricted American colonists from importing significant amounts of coinage to the colonies. As a result, coin shortages were a persistent problem. Colonists relied on any currency they could find to use, which included a wide range of coins from Great Britain, France, the Netherlands, Italy, Germany, Spain, and Latin America. Colonists also cut pieces from coins to make smaller denominations. The use of foreign coins reflects some of the economic challenges colonists faced prior to the Revolutionary War. 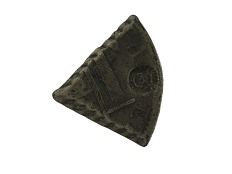 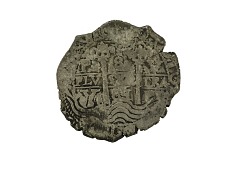 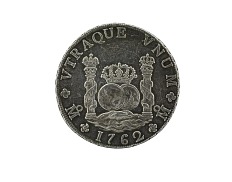 Money Made by American Colonists 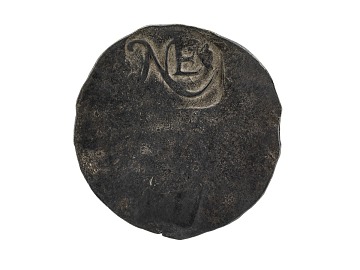 Donated by Emery May Holden Norweb 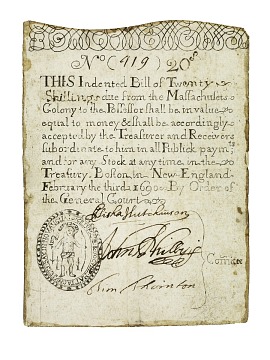 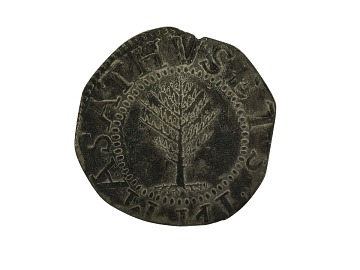 Donated by Emery May Holden Norweb

Notes of the Civil War Era

At the beginning of the Civil War the U.S. government issued federal notes, often called greenbacks, to finance its war efforts. The government of the Confederate States of America also issued its own paper money depicting Confederate leadership and scenes from life in the South, including images of slavery. The difference in messages on the notes reflects the division between the northern and southern regions of the U.S. during the Civil War. 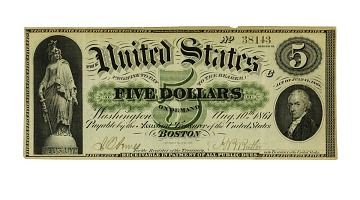 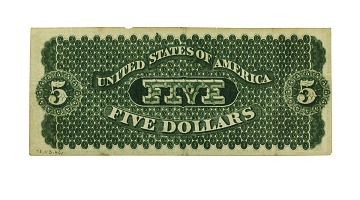 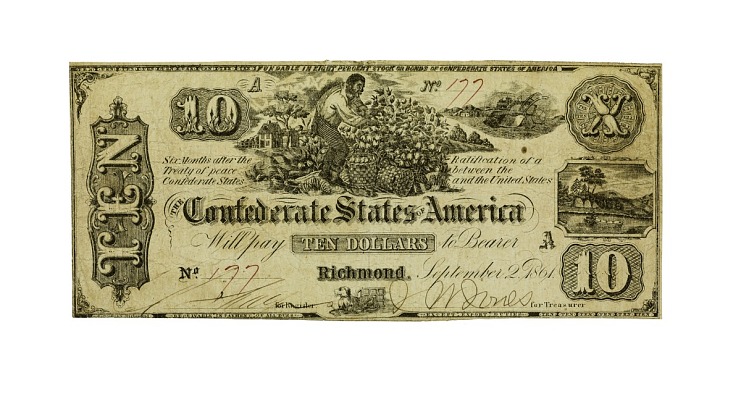 View object record
‹ The Messages of Money up National Icons ›