Hyperinflation in Zimbabwe and Germany

This 100 trillion dollar note is one of the world’s largest denominations of currency. It was issued in Zimbabwe in 2008 during a period of hyperinflation, when the prices of goods rose rapidly, and the government printed money in increasingly larger denominations to match market prices. The banknote’s design has been used in Zimbabwe for decades and was printed on the two dollar note in 1983.

They join banknotes in our collection printed during a period of hyperinflation in Germany after the end of the First World War. Around that time, a loaf of bread cost approximately 428 billion marks—over seventy times the total amount of money circulating in the German economy ten years before. 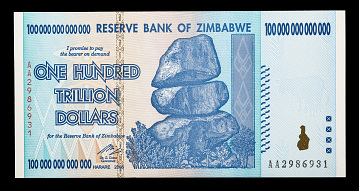 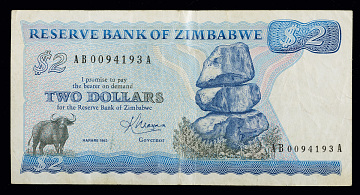 Transfer from Department of Finance, National Museum of American History 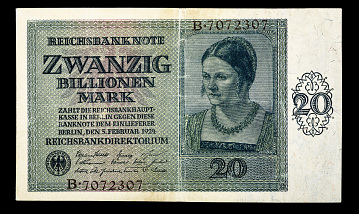 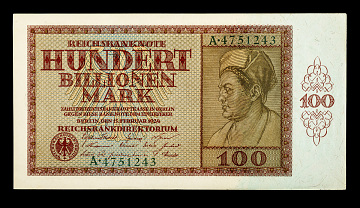