The Smithsonian’s National Museum of American History is honored to recognize Asian Pacific American Heritage Month 2021. In 1978 the U.S. Congress officially recognized a week-long celebration, and then in 1992 expanded the commemoration to a month. The museum’s commitment to share and document the experiences and histories of Asian Americans and Pacific Islanders extends to every day of the year.

This year’s commemoration of APA heritage comes at a fraught and vexing moment in which people of Asian and Pacific Islander descent have experienced a resurgence of racism, prejudice, and physical violence spurred by the COVID-19 pandemic and subsequent crises. Asian American and Pacific Islander (AAPI) communities have been racialized as foreigners and depicted in the media and by prominent politicians as carriers of disease. While the coronavirus is new, such characterizations and attacks of AAPI communities are not. The current rhetoric of the “China virus” carries echoes of the racist discourse that emerged in the mid-1800s to depict Chinese immigrants as a threat to public health and to justify immigration restrictions and Chinese exclusion. Such rhetoric led to organized violence targeting Chinese people. Numerous cases of documented anti-Asian violence extended well into the 20th century to later include Japanese, Filipinos, Koreans, South Asians, Sikhs, and anybody who appeared to be of Asian descent. The recent shootings of six Asian women in Atlanta, Georgia, the physical attacks of elderly Asian people, and the daily threats and harms faced by AAPI, then, have a long history—one that is familiar but often conveniently forgotten.

Despite these threats and attacks, both historic and contemporary, Asian Americans and Pacific Islanders have shown resilience, demonstrated by the vibrant communities they have built and the myriad contributions they have made throughout American society. As part of NMAH’s commitment to bringing greater visibility to the many contributions and accomplishments of AAPI communities, the museum has launched the Asian Pacific American history topics page. There you will find exhibitions, programs, museum collections, and educational resources that reflect the diversity, richness, and dynamism of Asian Pacific American history. As AAPI communities continue to grow throughout the United States and its territories, so too will our museum offerings and the topics page.

Our curators, researchers, and education specialists will continue to work with our community partners to elevate and tell the dynamic stories of pioneering settlements in and exchanges with Northern California, Louisiana, and New England. Asian Americans and Pacific Islanders are the fastest growing segment of the U.S. population. They are also geographically and linguistically diverse. Outside of locations such as Hawai’i and the West Coast, AAPI population growth can be found in the Midwest, the interior West, the South, and all along the Eastern seaboard. Of the top 10 non-English languages most often spoken at home, four originate from Asia—Chinese, Tagalog, Vietnamese, and Korean.

Our mission as the nation’s leading public history institution is not only to tell uplifting and complex stories but also to use history to empower people to create a just, compassionate, and equitable future. In these challenging times, it is more important than ever to stand in solidarity with AAPI communities and to stop the hate and violence. We can turn to history as one among many tools to educate, transform, and strive for social justice.

Join the National Museum of American History for an online exploration into key social studies topics, featuring museum resources from the Smithsonian. This episode will focus on Asian American and Pacific Islander Heritage Month. There is no pre-registration required. The program focuses on educators but is open to the general public. Videos are archived at the same link.

We Are American and We Stand Together: Asian American Resilience, Belonging, and Justice

This 90-minute digital program will bring the stories and insights of the nation’s pre-eminent scholars and activists together with treasures from the Smithsonian’s National Museum of American History to engage a broad audience in a deeper exploration of the past, present, and future of Asians in America. Over 23 million in number, Asian Americans and Pacific Islanders are now the fastest-growing racial group in the United States. But AAPI individuals, families, communities, and businesses have been disproportionately impacted, harmed, and even killed by the cascading crises of the global pandemic and the legacies of entrenched anti-Asian racism and discrimination. In this time of increasing fear and violence, we will celebrate, commemorate, and reflect on Asian Pacific American Heritage Month by sharing the long history of Asian American resistance, and reaffirm our need to stand together as Americans.

This program is made possible by AARP and the Asian American Journalists Association.

Music for the Moment – An Asian American Offering

This special one-hour program features Asian American women musicians and performers who draw on different deep cultural heritages and contemporary genres—from performance art and ritual, to hip-hop, rock, and singer-songwriter pop. Music heals and reveals. It anchors us to the toughest of realities while also letting loose our imaginations. For Asian Pacific American Heritage Month, we are honored to feature Dohee Lee, Ruby Ibarra, June Millington, and MILCK, with a special message from activist Amanda Nguyen.

Viral Histories is a collection of conversations with community leaders who combat racism while serving on the front lines. During this pandemic, Asian Americans have been experiencing increased racism and hate crimes. While these incidents of increased prejudice and violence occur today, they reflect a long history of how power, prejudice, and public health have intersected throughout American history.

During the week of May 18, 2020, an interview was released every day, followed by a live Q&A with some of the featured speakers. To watch the archived Q&A for each conversation, check the links below each video.

Righting a Wrong is traveling the country as a touring exhibition.

This exhibition was generously supported by the Terasaki Family Foundation, with additional assistance from the Japanese American Citizens League and AARP.

Becoming US is a suite of resources for educators to present more accurate and inclusive immigration and migration narratives. There are five units organized by a theme, each with three case studies for in depth learning. Within the theme of Policy, we have resources on the Chinese Exclusion Act of 1882. Nested in the theme of Belonging are a case study on Japanese Incarceration during World War II and one on Islamophobia in the wake of 09/11. The case studies include standards of learning, key questions and terms, primary sources, and teacher and student facing documents.

These resources are supported with grants from the Smithsonian’s Understanding the American Experience Consortium, Youth Access Grants, Smithsonian-University of Maryland Seed Research Grants, the National Park Service, the Kettering Foundation, and the Segal Family Foundation.

The construction of the Transcontinental Railroad was an engineering feat of human endurance, with the western leg built largely by thousands of immigrant Chinese laborers. Chinese workers found some economic opportunity but also experienced hostility, racism, violence, and legal exclusion. In America in the 1800s, Chinese workers were seen as racially inferior to white workers and were paid less and relegated to the most undesirable jobs. The growing anti-Chinese movement at the local level culminated in the passage of the 1882 Exclusion Act, the first federal law to restrict the immigration of a group of workers by the criteria of race and class, and made Chinese migrants “illegal aliens.”

This online exhibition includes objects and narratives that illustrate the history of these "hidden" workers.

For more AAPI-related materials to use in the classroom, please visit our themed landing page on History Explorer, the museum's home for K-12 resources. Visit the site.

The Smithsonian Asian Pacific American Center (APAC) “Standing Together Against Hate” portal provides links to exhibitions and resources from across the Smithsonian museums focusing on Asian-American and Pacific Islander voices: Visit the portal.

Another resource from APAC, Care Package is a collection of creative offerings by artists, writers, and scholars, addressing grief through vision, reflection, and healing. Visit the site. 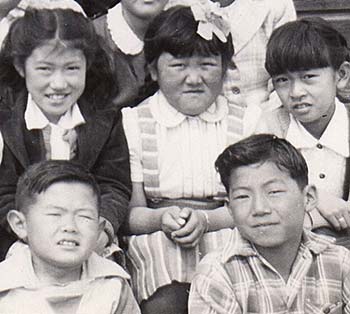 Each ballot is a voice

Register and Vote
See more from our collections 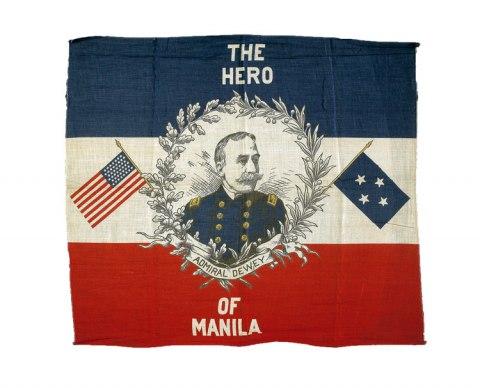 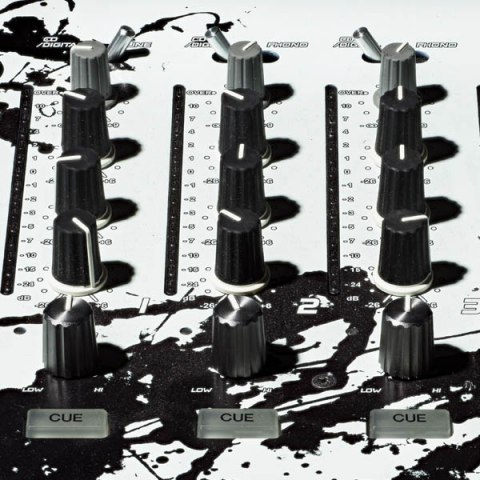