Mark your calendar, get your questions ready, and prepare to spend the day nerding out about World War I on Tuesday, April 11, 2017.

What: Museums, archives, and other educational institutions around the world will share a day of social media activity focused on World War I history. Follow these institutions on social media and you'll discover interesting content almost every single day. But on April 11, experts and educators will be online to answer questions, test your knowledge in pop quizzes, and take you behind the scenes with live video.

Who: Whether you're a social media super user or just getting the hang of it, you'll find engaging history-focused activities on Twitter, Facebook, Instagram, and other social networks.

When: All day on Tuesday, April 11. See schedule below. The list below begins with programs on Twitter and then lists programs on Facebook. You can also see a chronological list of the whole day. 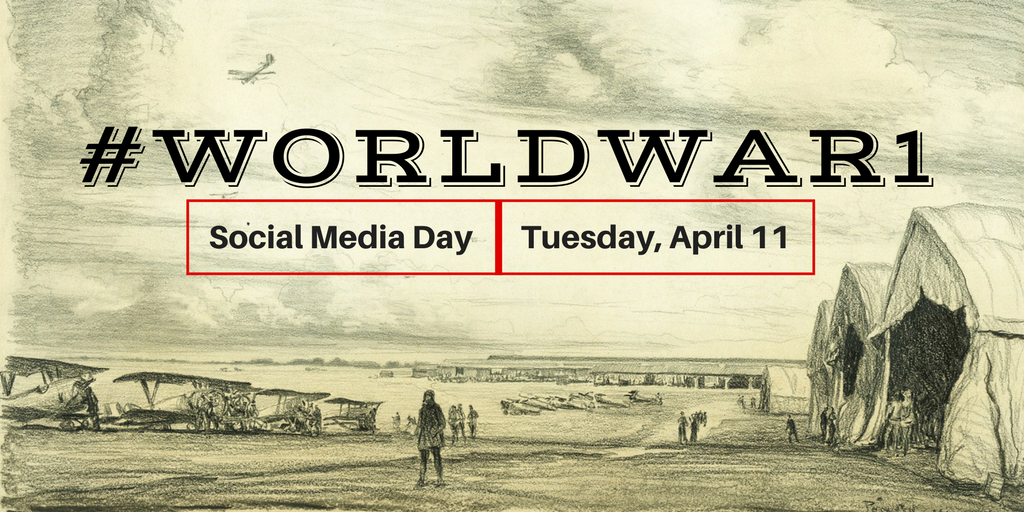 National Endowment for the Humanities Twitterstorm
National Endowment for the Humanities
@NEHgov
11 a.m. - 12 p.m.
Through support of films, seminars, exhibitions, and teach training programs, NEH helps Americans understand their history and government from the constitution to the modern era. Join the National Endowment for the Humanities as it shares and highlights projects and programs that have shaped our understanding of World War I. Join the Twitterstorm and tweet along!
Missed it? See the Twitter summary!
Q&A: Women and Medicine during World War I
National Museum of American History
@amhistorymuseum
1-2 p.m.
Women donned uniforms and volunteered to help the war effort during World War I, doing everything from operating phone lines to caring for the wounded at home and abroad. These women pushed the boundaries of traditional roles and expectations of women. Join us on Twitter as experts from our Armed Forces History and Medicine and Science teams share their favorite stories and answer your questions.
Learn more
Missed it? See the Twitter summary!

Twitter Q&A: World War I and Art with Peter Jakab, Chief Curator
Smithsonian’s National Air and Space Museum
@airandspace
12:30-1:30 p.m.
Before World War I, war art largely depicted heroic military leaders and romanticized battles, done long after the fact, far from the battlefield. The First World War marked a turning point with the appearance of artwork intended to capture the moment in a realistic way, by first-hand participants. Our newest exhibition, Artist Soldiers, examines this form of artistic expression from two complementary perspectives: one, professional artists who were recruited by the U.S. Army; the other, soldiers who created artwork.
Missed it? See the Twitter summary!

Spymania in Falmouth: Code-breaking activity
English Heritage
@EnglishHeritage
7 a.m. - 1 p.m.
At the start of the war, the town of Falmouth in Cornwall, England, became a secure area where people of foreign origin, or "aliens," were excluded. Anyone attempting to enter England from the western end of the English Channel was required to report into Falmouth via the port Examination Service. Anyone under suspicion might be questioned by the Alien Officer, a Home Office employee empowered to arrest citizens of hostile nations. This led to a serious case of "spymania." Join us on Twitter for code-breaking activity with our experts.
Learn more

World War I in Photos: A Peek inside the Special Media Research Room
National Archives
National Archives on Facebook
10:30 a.m.
Military historian and archivist Mitchell Yockelson showcases his favorite photographs from the war and answers your questions.
Missed it? Watch on Facebook.

Facebook Live chat: The Extraordinary Story of one Kansan during World War I
Kansas Historical Society
Kansas Historical Society on Facebook
6:30 p.m.
Tune in to Facebook Live to learn about the remarkable Kansan who survived through both World Wars and see objects related to his time overseas. Get your questions ready as we'll answer as many as we can fit in!
Learn more

Debating America's Role in the World | Facebook Live Q&A on The Great War
American Experience | PBS
facebook.com/americanexperiencepbs
8-9 p.m.
We're looking for your reactions, comments, and questions after the broadcast premiere of the first episode of The Great War. Join Gene Tempest, Historian in Residence at American Experience, and Chris Capozzola, Professor of History at MIT, author of Uncle Sam Wants You, and interviewee in The Great War, as they take your questions about the first episode and the early years of the conflict. Didn't catch Monday night's premiere? No problem, all your World War I questions are welcome. Gene and Chris will catch you up on the early debates, historical characters, and unresolved questions from the war that shaped the world we live in. The Great War airs on PBS stations nationwide on April 10, 11, and 12 at 9/8c.

Tagging mission: World War I posters
National Archives
National Archives website
All day
Become a citizen archivist and join us to help "tag"World War I posters. By adding keywords of details and features found on the poster in our catalog, you can help make them more accessible to researchers, students, and the public. Educators and classroom teachers, this is a great way to get students involved in doing American history! New to Tagging? Learn how to get started.
Learn more

Transcription mission: Fire and Orientation notes by Harry S. Truman
National Archives
National Archives website
All day
Calling all military history buffs! Help us to transcribe Harry S. Truman's handwritten notes that he took during his training to learn to fire the French 75 millimeter guns that his artillery unit used while in France. Learn about the future president's experience during the war.

Instagram Q&A on the World War I Red Cross Production Corps
Red Cross
Red Cross Instagram
8 a.m. -  3 pm
Rolling, knitting, and stitching! Starting in 1916, the Women's Bureau of the Red Cross recruited volunteers to support Red Cross societies in war-torn Europe by rolling bandages for hospitalized servicemen as well as knitting and sewing clothing for civilian relief. When the United States entered the war in 1917, the work of the production corps work grew to encompass the active U.S. military headed for the battlefields in Europe. Follow us on Instagram for multiple posts throughout the day and an opportunity to ask us about Red Cross history during the war. Our experts will respond to questions left in the comments so bring your curiosity.

Teachers, many of these activities are classroom-compatible. Feel free to contact these educational institutions via social media for tips on how your students can participate. 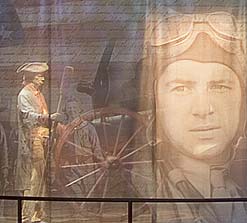 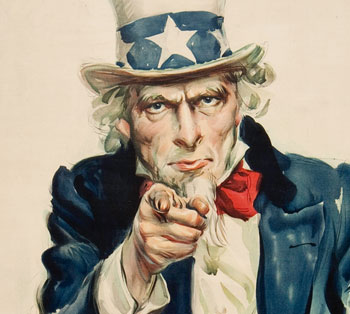 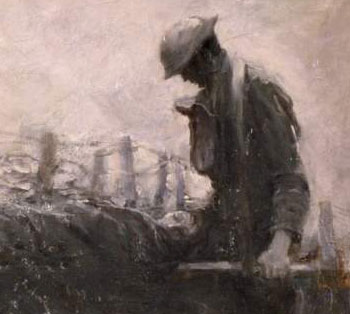 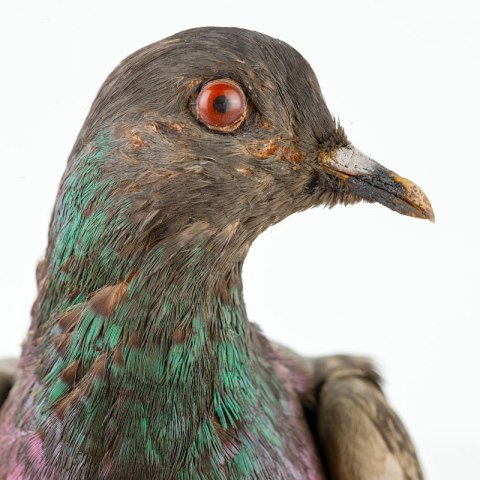 He? She? Or just plain Cher Ami? Solving a century-old pigeon mystery

This summer marks the centennial of a bird—possibly the most famous pigeon in history—going on display at the Smithsonian. A representative of Columba livia domestica, this bird is known as simply Cher Ami. 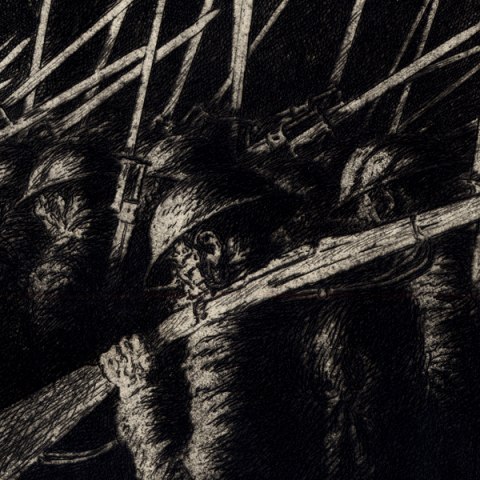 Kerr Eby and the First World War
“About the prints … I make no comment, save that they were made from the indelible impressions of war. They are not imaginary. I saw them.” Kerr Eby wrote about his World War I etchings.
See more blog posts