From folk songs to patriotic anthems, jazz to rock and roll, popular music has long expressed what it means to be American. Its cultural role expanded dramatically in the 20th century, as new technologies enabled music produced by local communities to be shared with and adapted for broader audiences.

As a product of various traditions, talents, and techniques coming together in harmonious but also contentious ways, popular music is truly the soundtrack of the American experience. 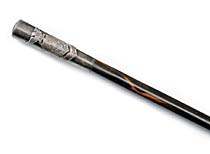 A masterful composer of music to get people moving, Sousa also popularized classical music, first as leader of the U.S. Marine Band and then touring with his own Sousa Band. His stirring military marches, including “The Stars and Stripes Forever,” expressed the nationalistic spirit of their times, but they have also gained an enduring appeal as part of the country’s patriotic repertoire. 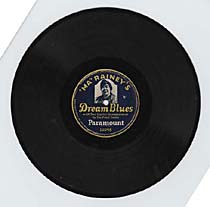 Billed as the “mother of the blues,” Rainey helped popularize the earthy, expressive music that emerged from the rural black South after the Civil War. The earliest blues recordings, made in the 1920s, were labeled “race records” and marketed to African American audiences. Today the blues is recognized as the primary root of 20th-century American popular music, influencing jazz, rhythm and blues, country, and rock and roll. 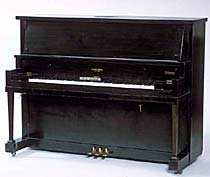 Custom-made for songwriter Irving Berlin, this transposing upright piano can be played in any key using any notes. Berlin used it to write his 1942 hit “White Christmas,” one of the top-selling songs of all time. 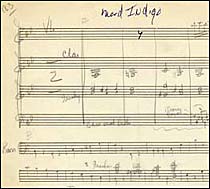 As a composer and bandleader, Ellington combined his players’ individual sounds like an artist working from a palette. The distinctive results—from the hot jazz of Harlem’s Cotton Club to classical-inspired suites and pop standards—earned Ellington and his band a legendary place in music history.
‹ Expressions of Faith (page 2 of 2) up American Music (page 2 of 2) ›