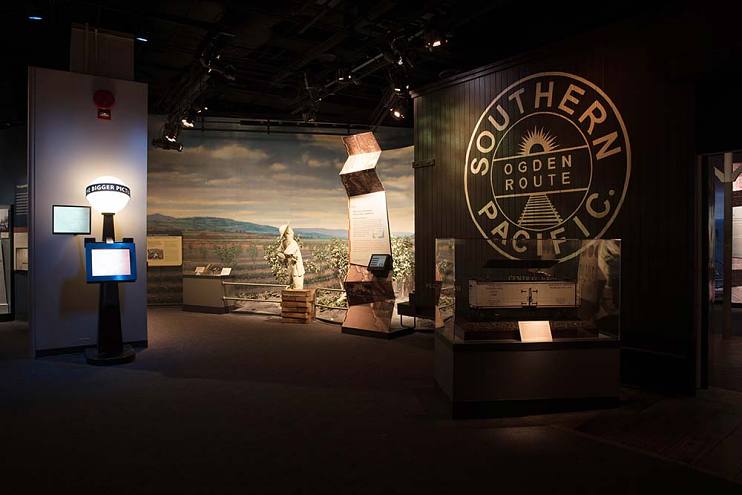 Growing for the Wider Market

Railroads changed agriculture. As railways linked farms to a wider commercial world, farmers began to grow new crops for markets near and far. Vast wheat fields supplied flour for people around the world. Trains carried cattle and hogs to central stockyards and shipped meat by refrigerated railcars to retail markets across the country. City dwellers could buy fruits and vegetables year-round. Farms became commercialized, often specializing in single crops, and became tied to the ups and downs of a national market.

With its rich farmland, Watsonville became a center of produce farming. When the railway opened up new markets, local farmers began to experiment with sugar beets, apples, strawberries, and other cash crops. These new crops were highly labor-intensive, needing a vast army of workers to plant, cultivate, harvest, and pack them. Watsonville growers looked for low-cost and temporary field hands. They hired Chinese, Japanese, Filipino, and Mexican workers to perform the backbreaking labor.

Look at case on your left, at object #1 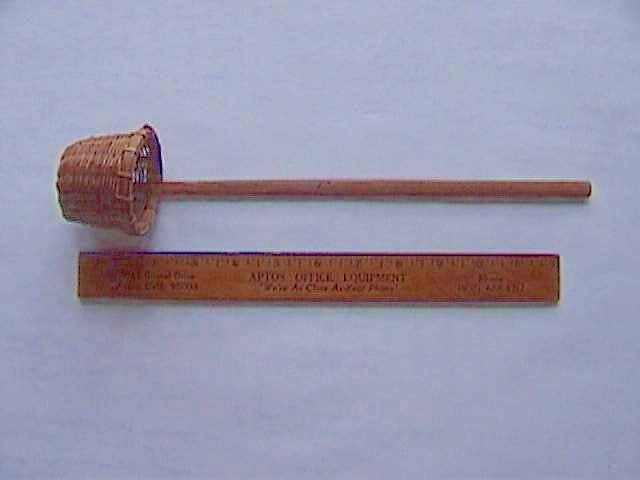 Chinese men began coming to the United States in large numbers during the Gold Rush. The shared dream was to earn enough to return to China with wealth sufficient to buy land and start a family in their home village. But for most, that dream never materialized. By 1870 over 60,000 Chinese people, most of them men, lived in California. 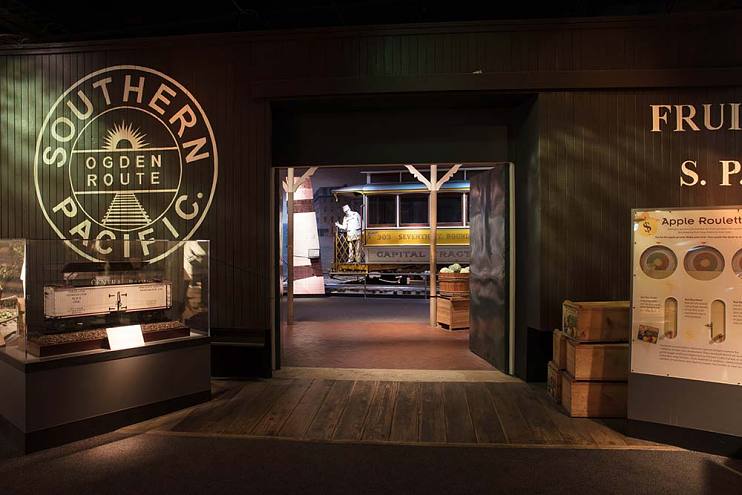 The next stop is the case before you walk through the railcar doorway. 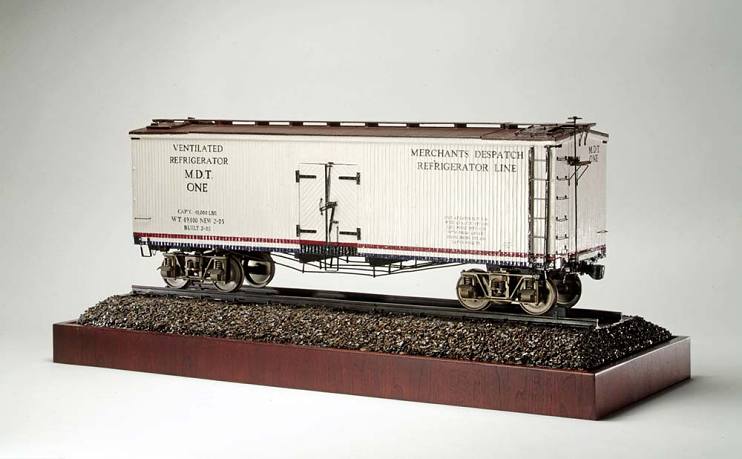 This model was made by employees of the car-building and car-repair shops of the Merchants Despatch Transportation Corporation, which operated express freight cars carrying meat and perishable foods for approximately 128 years between the Northeast, Chicago, and western states.

Now walk through the railcar to enter a public market in Washington, D.C.

‹ Community Dreams up A Streetcar City ›