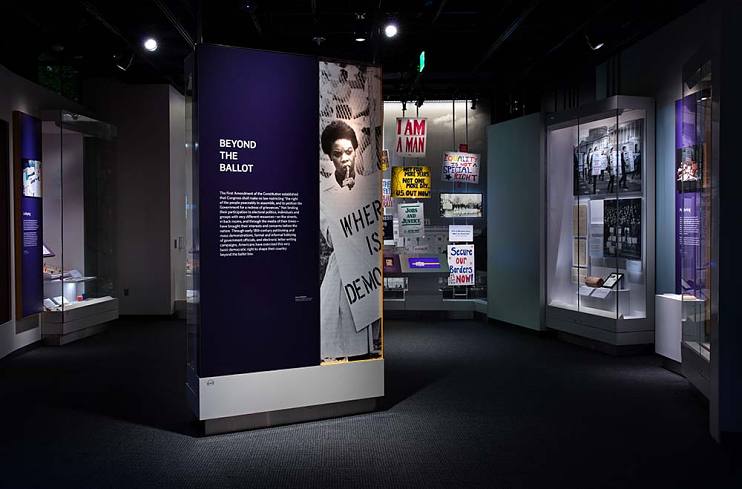 The First Amendment of the Constitution established that Congress shall make no law restricting “the right of the people peaceably to assemble, and to petition the Government for a redress of grievances.” Not limiting their participation to electoral politics, individuals and groups with very different resources—on the streets, in back rooms, and through the media of their times—have brought their interests and concerns before the nation. Through early 18th-century petitioning and mass demonstrations, formal and informal lobbying of government officials, and electronic letter writing campaigns, Americans have exercised this very basic democratic right to shape their country beyond the ballot box. 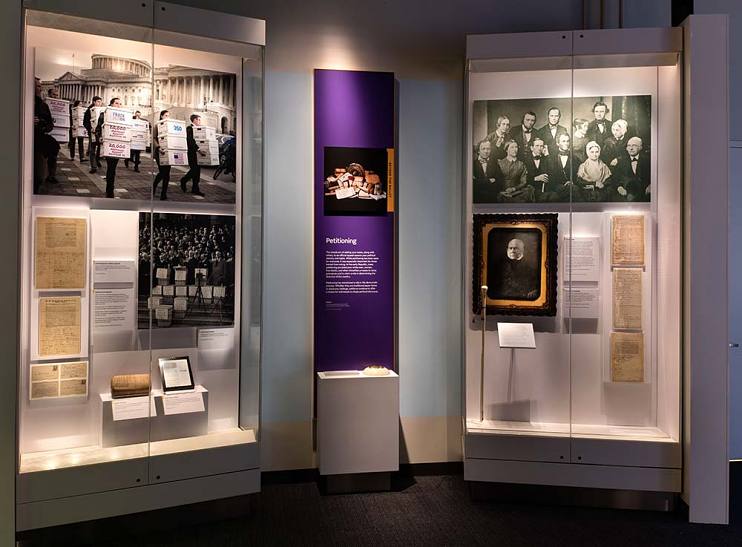 The simple act of adding your name, along with others, to an official appeal asserts your political identity and rights. While petitioning has been open for everyone, it was especially important for those barred from voting. In the early Republic, mass petitioning provided poor white men, women, free blacks, and other minorities a means to voice grievances and to claim a role in determining the direction of the country. 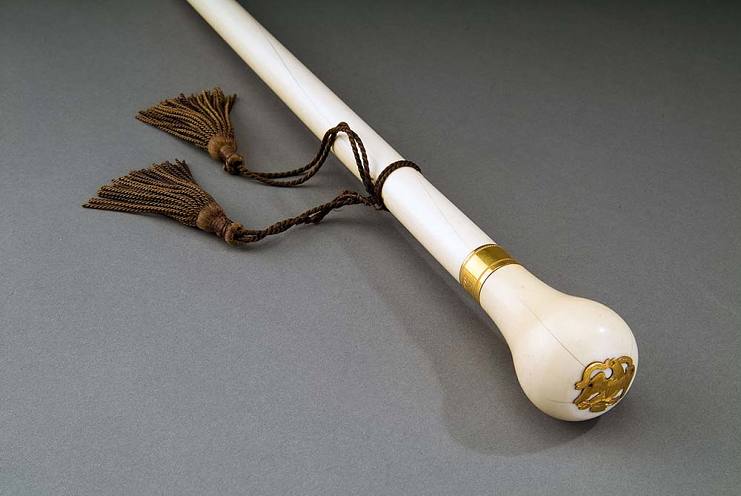 In the 1830s abolitionist groups conducted massive petitioning drives calling for an end to slavery. On May 26, 1836, the House of Representatives adopted a “Gag Rule” stating that all petitions regarding slavery would be tabled without being read, referred, or printed. Former President John Quincy Adams, who had returned to Congress, took up the petitioners’ cause. Slowly support for Adams’s campaign grew, and on December 3, 1844, the House abolished the rule. The vote was a major defeat to the supporters of slavery, who recognized that their power to maintain federal support was at risk. John Quincy Adams was presented with this ivory cane in recognition of his leadership against the Gag Rule. 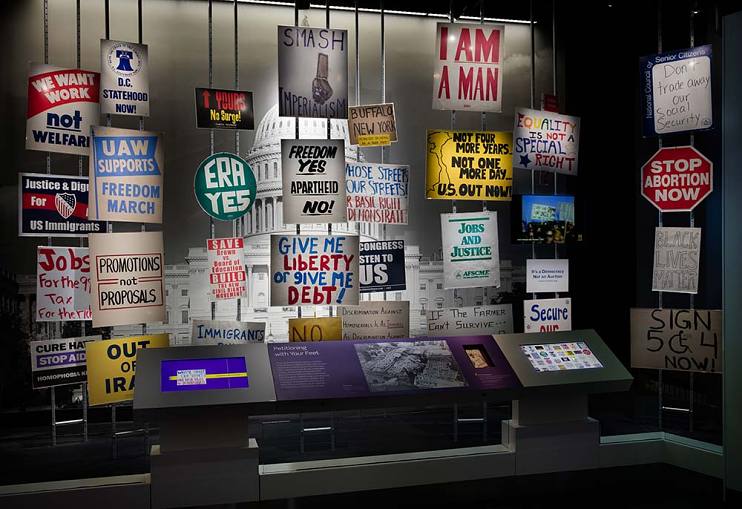 Petitioning with Your Feet

From local protests to massive marches in Washington, demonstrators have forced officials to confront issues that they have often wished to avoid. By any imaginable means, people have come before the government and demanded to be heard. Carrying signs, singing songs, and shouting from a podium, whether beautiful and moving or disrespectful and offensive, these demonstrations are an exercise in the American democratic process. 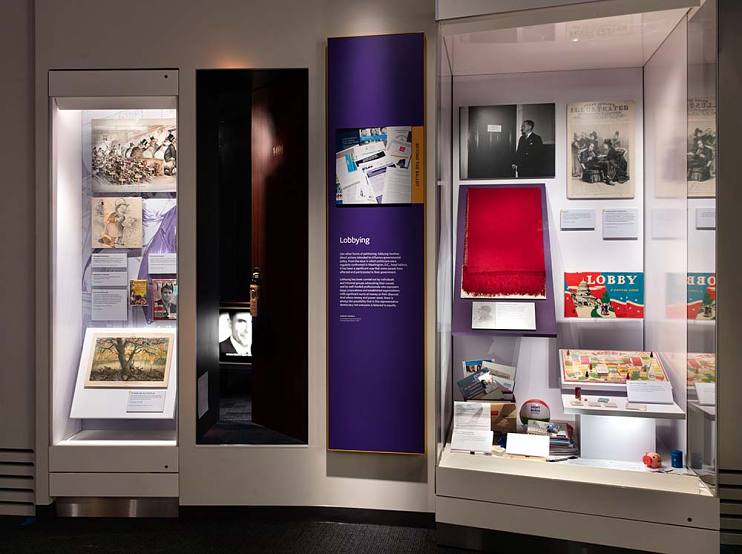 Like other forms of petitioning, lobbying involves direct actions intended to influence governmental policy. From the days in which politicians were regularly confronted in Washington, D.C., hotel lobbies, it has been a significant way that some people have affected and participated in their government. Lobbying has been carried out by individuals and informal groups advocating their causes and by well-funded professionals who represent large corporations and established organizations with significant sums of money at their disposal. 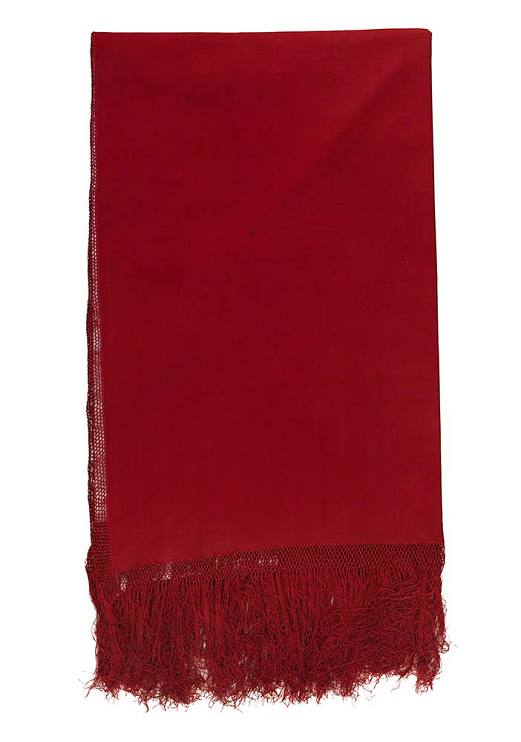 In the 1890s it was said that you would know that spring had arrived in Washington when Susan B. Anthony in her red shawl was seen in the Capitol advocating for women’s rights. 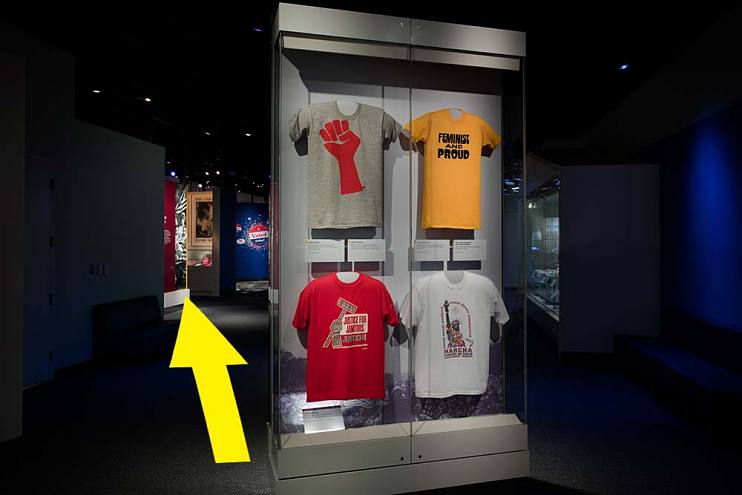 Your tour continues in the red section with the large clock.

‹ The Machinery of Democracy (page 2) up Creating Citizens ›