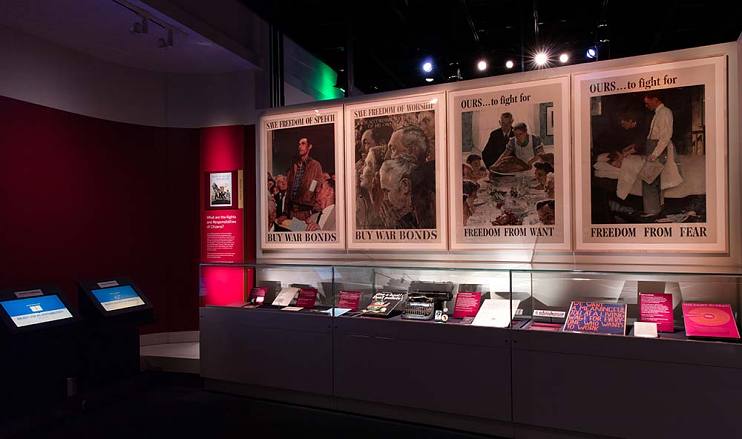 What are the Rights and Responsibilities of Citizens?

The founding generation of American political leaders asserted that the independent nation would be based on the ideal that its citizens had the right to “Life, Liberty and the Pursuit of Happiness,” and that the government under the Constitution was designed to “promote the general Welfare and secure the Blessings of Liberty.” With these rights, they believed, came responsibilities that citizens needed to assume in order to fulfill the promise of the new nation. These lofty goals and principles never had a singular interpretation and over time have led to differing ideas and heated debates.

In his annual message to Congress on January 6, 1941, President Franklin D. Roosevelt articulated the aims of the nation facing the threat of a world at war. “We look forward to a world founded upon four essential human freedoms,” he stated. Two of these freedoms were specifically included in the Bill of Rights, freedom of speech and freedom of religion. Two were freedoms deeply desired by a generation confronted by economic depression and the threat of dictatorships, freedom from want and freedom from fear. Artist Norman Rockwell dramatized those aims in a series of paintings in 1943. 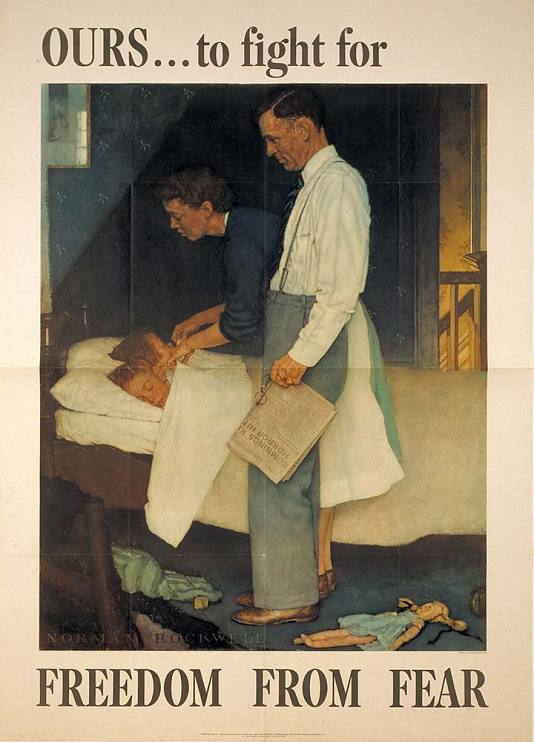 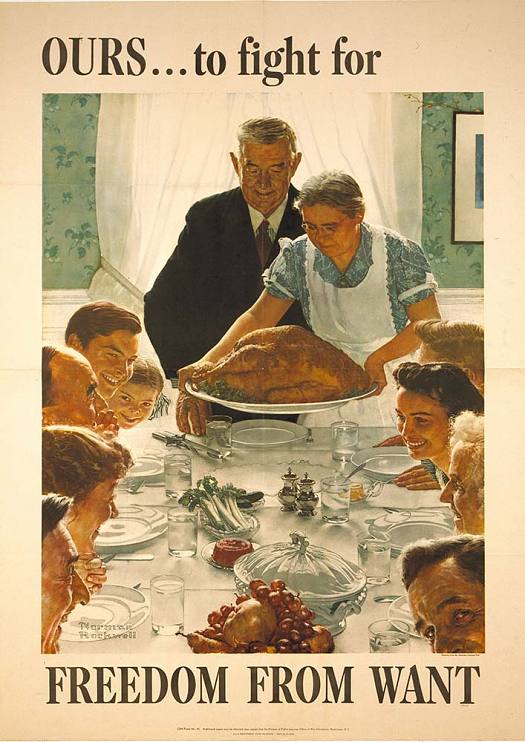 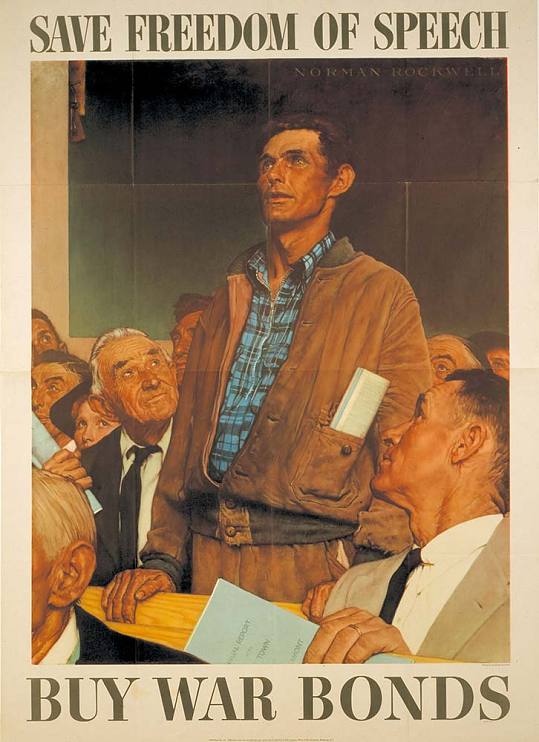 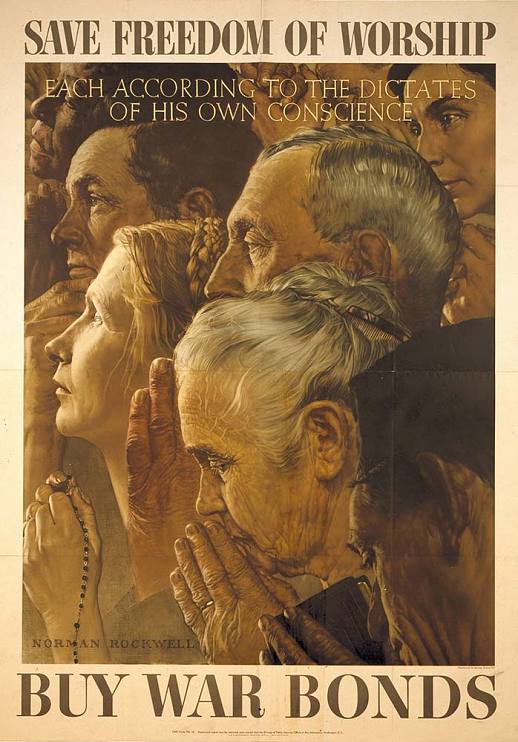 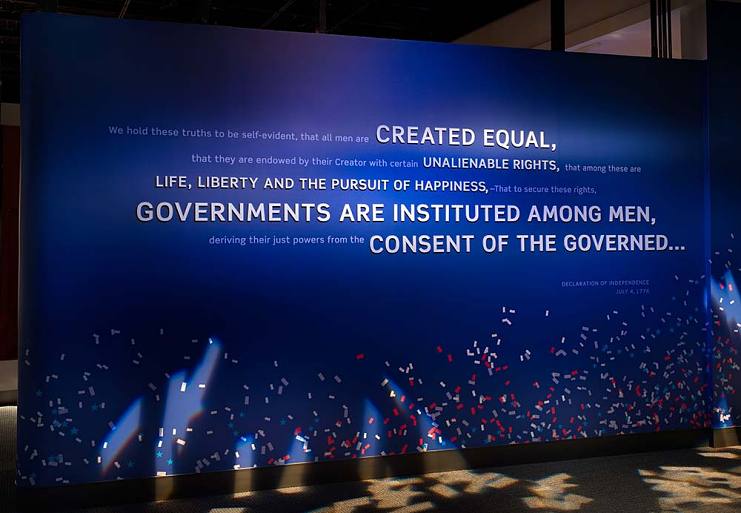 As you exit the exhibition, consider these words from the Declaration of Independence:

We hold these truths to be self-evident, that all men are created equal, that they are endowed by their Creator with certain unalienable Rights, that among these are Life, Liberty and the pursuit of Happiness.–That to secure these rights, Governments are instituted among Men, deriving their just powers from the consent of the governed.