The world the British colonists inherited was ruled by kings, aristocrats, and wealthy gentlemen. Then, in the year 1776, Americans decided to change that world. They would create a new government based solely on “the people.” But who would really count as “the people,” and how would it all work? Ever since the Revolution, Americans have debated these questions. 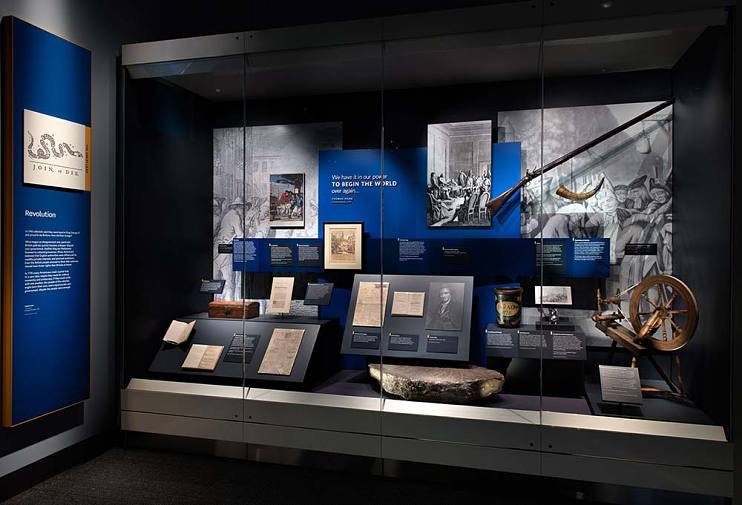 In 1765 colonists said they were loyal to King George III and proud to be Britons. How did that change? What began as disagreement over particular British policies quickly became a deeper dispute over government. Neither king nor Parliament seemed to listen to colonial grievances. 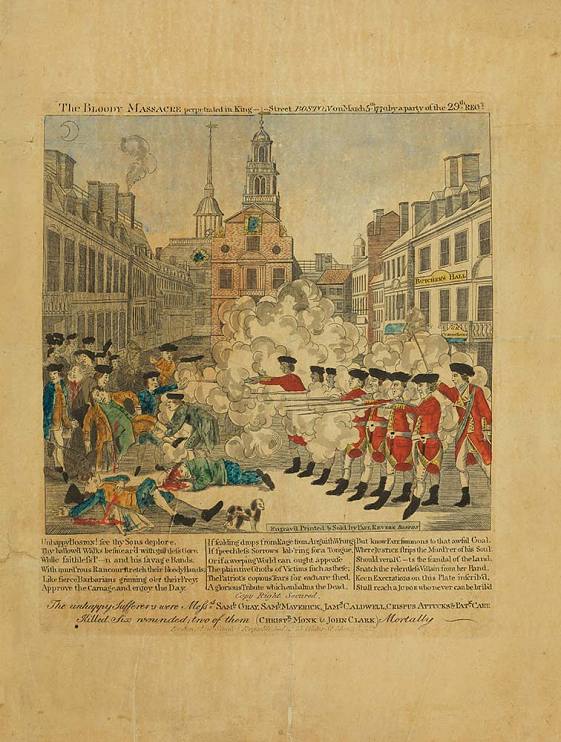 Military occupation of Boston created bitter disputes between soldiers and civilians. Five colonists died when British soldiers fired on a crowd. Silversmith Paul Revere, a fervent patriot activist, created prints of the event to fan the flames of public outrage. This copy from Revere’s plate was made in 1832.

The colonists’ grievances against British authority led them to organize together across the colonies. In turn, that organization gradually built a sense of connection to others who shared common ideas and demonstrated common commitments. In 1776 their experience of shared resistance led them to embrace a new political identity. 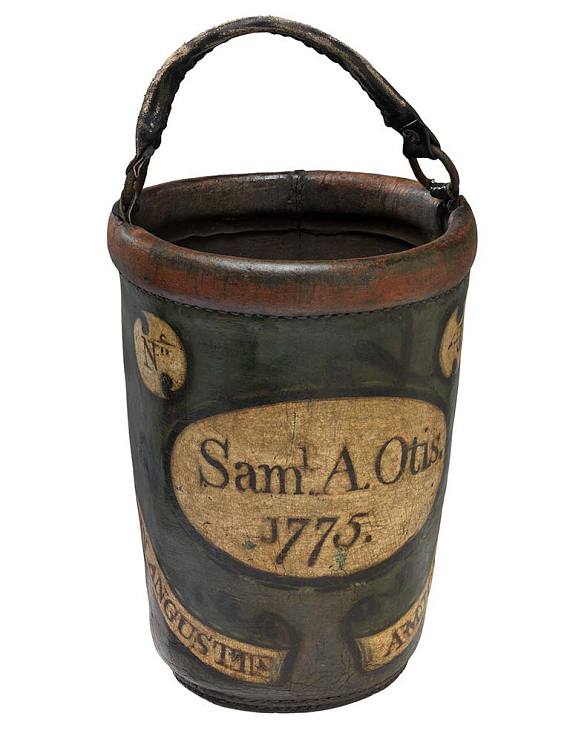 Local committees, county-wide conventions, and congresses were central to patriot organizing. The movement relied on ideas and practices of common participation learned in community groups like firefighting companies. This leather bucket belonged to Samuel Allyne Otis, a merchant and patriot from Barnstable, Massachusetts. The Latin motto on the bucket translates to “Friendship in Times of Distress.” 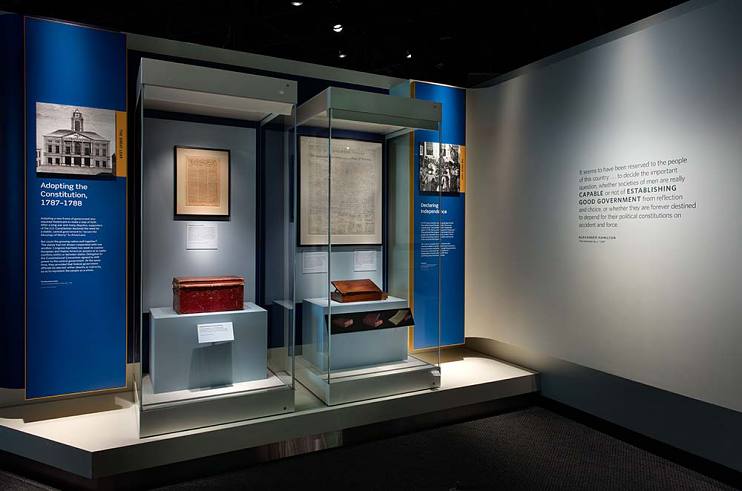 Continue your tour at the two cases ahead to your right.