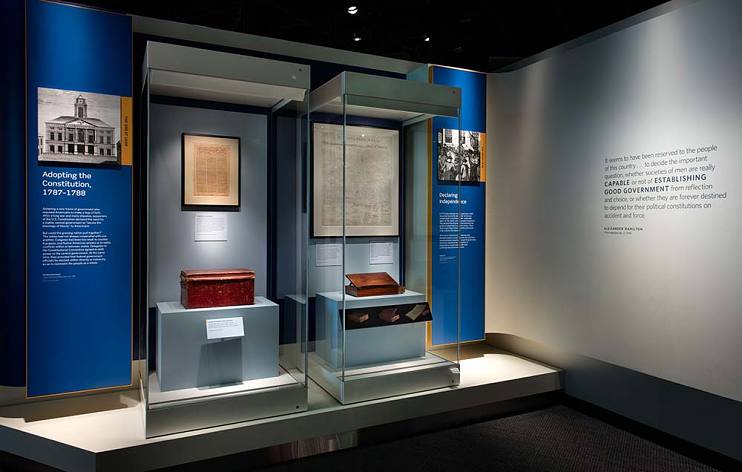 In 1776 many colonists made a great leap of faith: they united around the ideals that “all men are created equal” and entitled to the “unalienable rights” of “life, liberty, and the pursuit of happiness.” They declared that all government arose from the people and depended on popular consent. These ideals would shape American politics and society in the centuries that followed. Yet it was an unequal world. Americans also inherited a belief in social hierarchy and institutions that perpetuated inequality. Through the generations, Americans inspired by the Declaration of Independence would contend with these conflicting ideas and commitments. 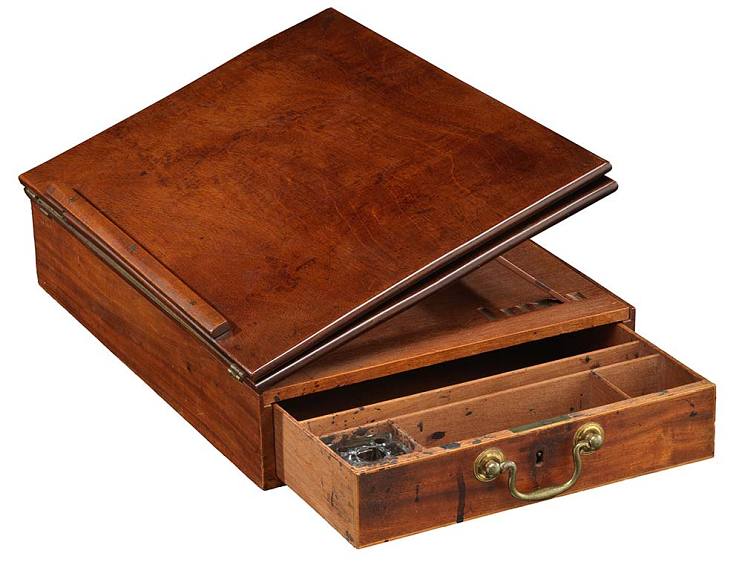 On this desk Thomas Jefferson wrote the first draft of the Declaration of Independence in June 1776. Jefferson himself had designed the desk, including a hinged writing board and a locking drawer for papers, pens, and inkwell. The desk was Jefferson’s companion as a Revolutionary patriot, American diplomat, and president of the United States.

After a long war and many disputes, supporters of the U.S. Constitution declared the need for a stable, central government to “secure the blessings of liberty” to Americans. But could the growing nation pull together? The states had not always cooperated with one another. Congress had been too weak to counter European and Native American powers or to settle conflicts within or between states. Delegates to the Constitutional Convention agreed to shift power to the central government. At the same time, they provided that federal government officials be elected, either directly or indirectly, so as to represent the people as a whole. 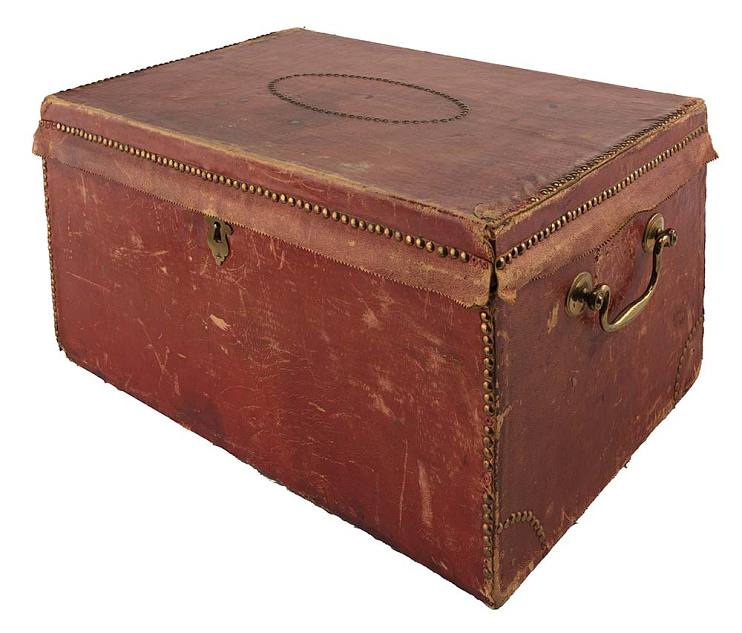 The Constitutional Convention gathered in Philadelphia in May 1787, and chose George Washington to preside. Over the next four months, the 55 delegates deliberated in private, keeping their proceedings closed to the press until they had agreed on a proposed constitution for the nation. Washington used this box to store papers relating to the formation of a new frame of government. 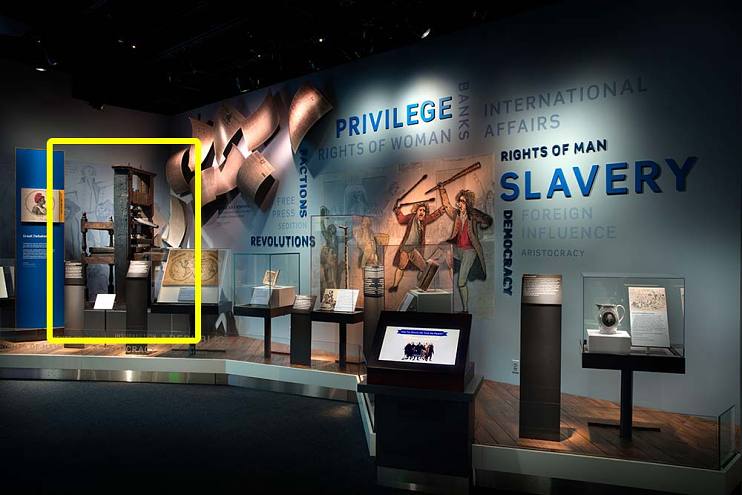 Continue your tour at the large printing press ahead.

The Revolution was over and the Constitution was ratified. But debates about the meaning of government by “the people” were just beginning. Would political power still depend on wealth, birth into the right social circles, and influential connections? Would the new, representative form of government truly represent the interests and views of common men and women? How should those people participate to make their voices heard? 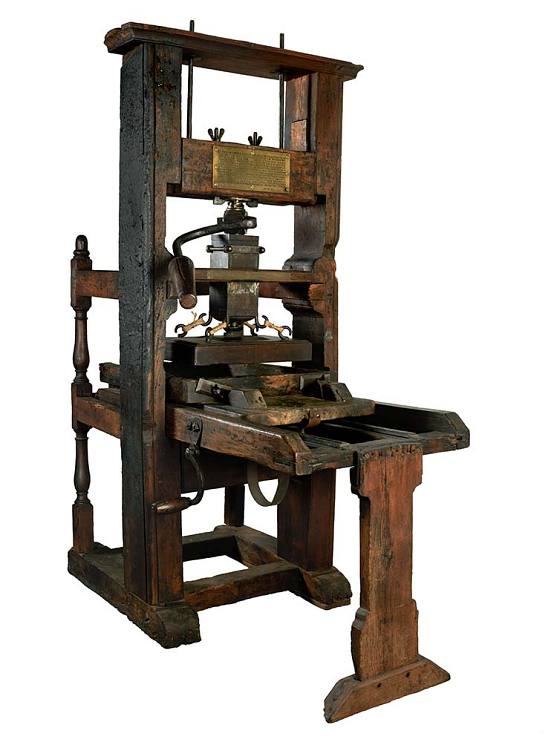 Newspapers free from government control seemed essential for citizens to be well informed about public affairs. But could the same free press that unsettled American loyalty to George III now undermine loyalty to the new constitutional government? 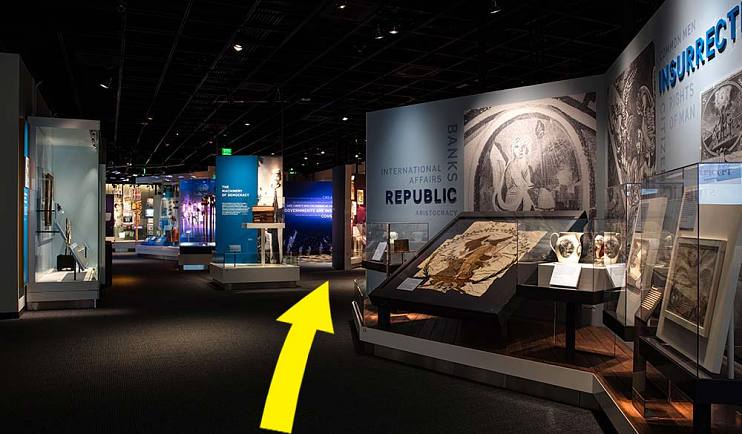 Move forward and enter the round room to your right. 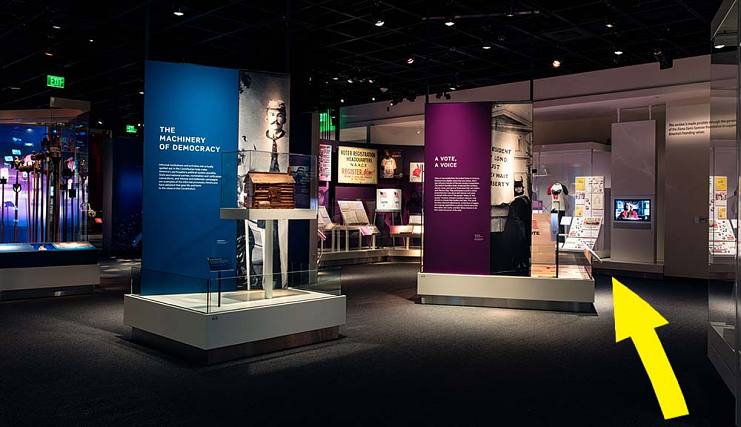