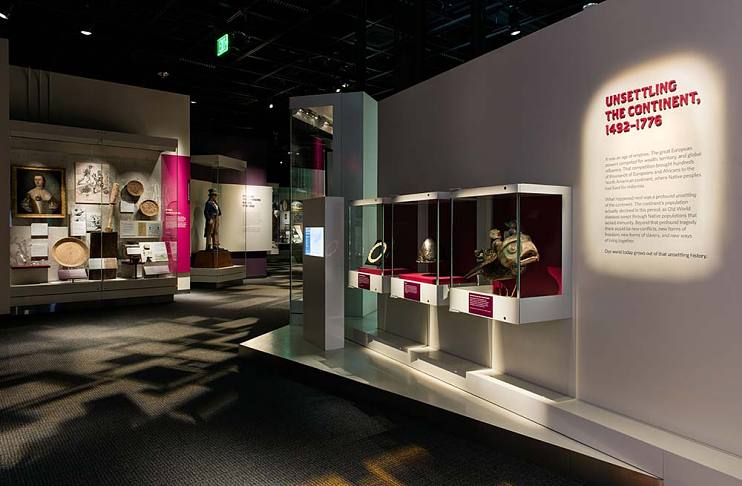 It was an age of empires. The great European powers competed for wealth, territory, and global influence. That competition brought hundreds of thousands of Europeans and Africans to the North American continent, where Native peoples had lived for millennia.

What happened next was a profound unsettling of long-established societies. The continent’s population declined in this period, as diseases swept through Native populations that lacked immunity. Beyond that tragedy there would be new conflicts, new forms of freedom, new forms of slavery, and new ways of living together.

The next stop on our tour is behind you. 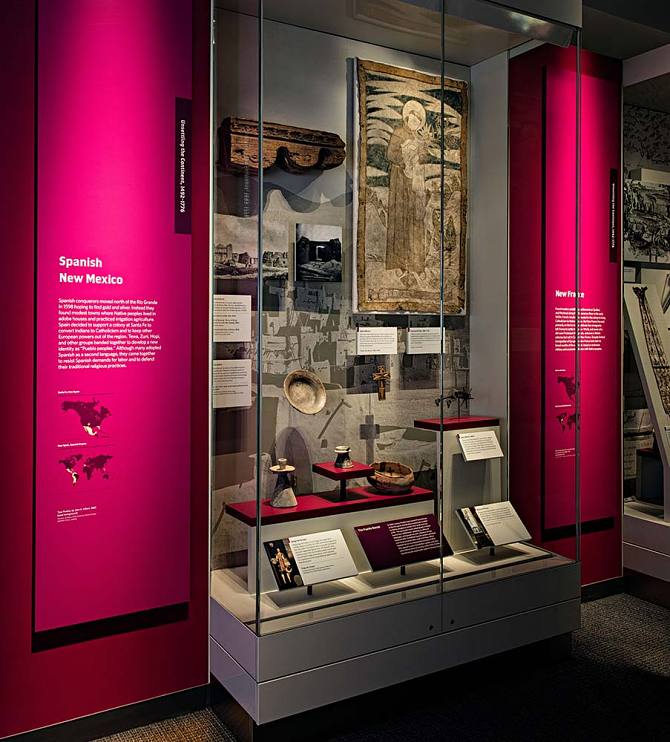 Spanish conquerors moved north of the Rio Grande in 1598 hoping to find gold and silver. Instead they found modest towns where Native peoples lived in adobe houses and practiced irrigation agriculture. Spain decided to support a colony at Santa Fe to convert Indians to Catholicism and to keep other European powers out of the region. Tewa, Zuni, Hopi, and other groups banded together to develop a new identity as "Pueblo peoples." Although many adopted Spanish as a second language, they came together to resist Spanish demands for labor and to defend their traditional religious practices. 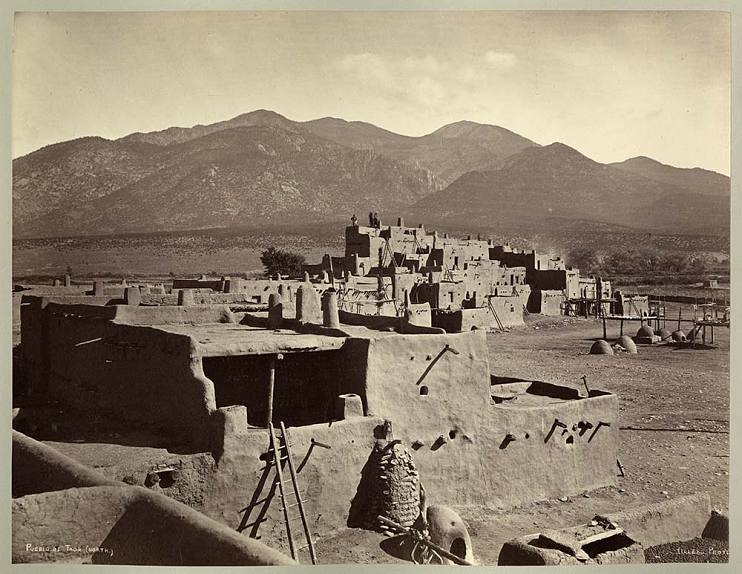 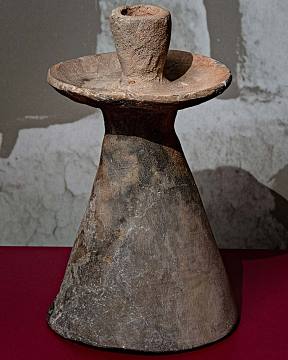 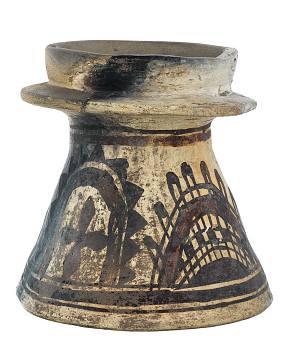 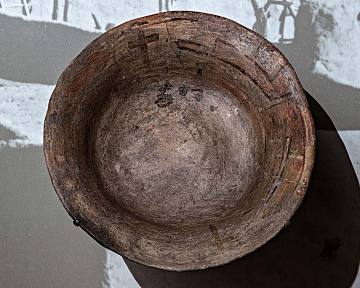 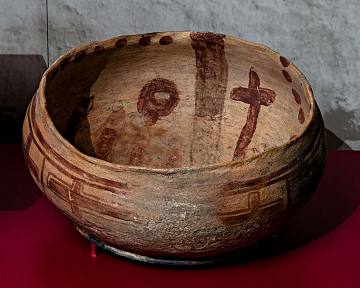 Pueblo potters forced to work at Spanish missions used their traditional materials and techniques to make European forms such as candlesticks and soup bowls. 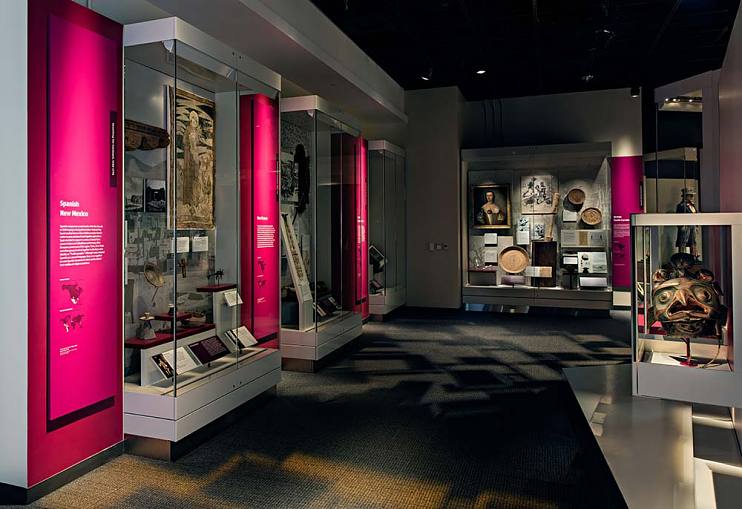 Follow this corridor to the case at the end. 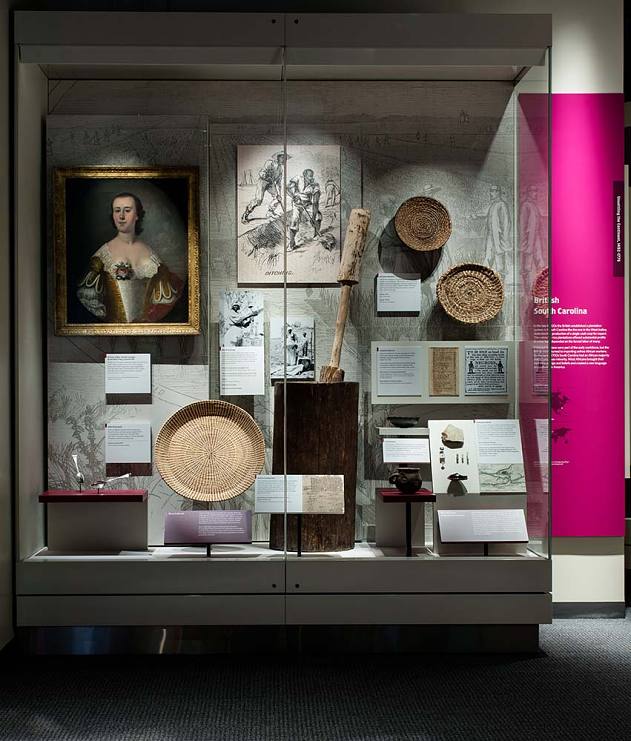 In the late 1600s the British established a plantation system in South Carolina, dedicated to production of a single cash crop for export. The colony’s rice plantations offered substantial profits to a few but depended on the forced labor of many.

Enslaved Indians were part of the early workforce, but the British soon turned to importing unfree African workers. By the early 1700s South Carolina had an African majority and a European minority. West Africans brought their own knowledge and beliefs and created a new language and culture in America. 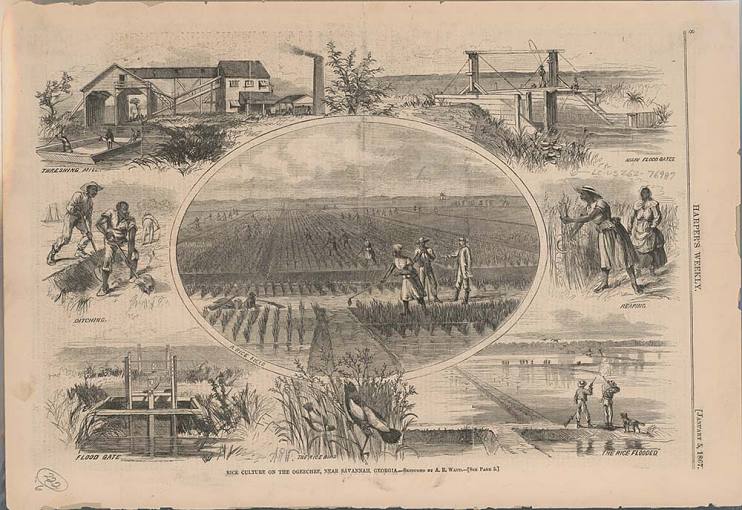 “Rice Cultivation on the Ogeechee River,” 1867

Implements of rice production included a mortar and pestle for milling to remove the husk from the grain. As in West African rice-growing regions, most processing was women’s work. 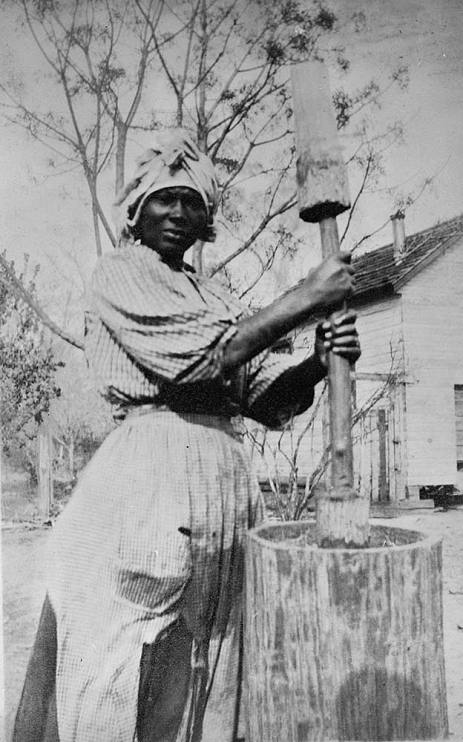 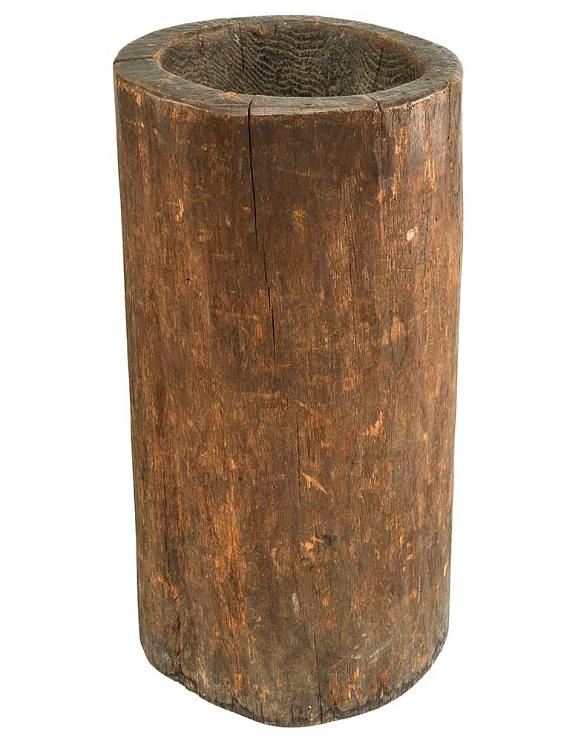 The next stop on our tour starts around the corner to your left.

‹ Many Voices, One Nation Highlights Guide up Peopling the Expanding Nation ›