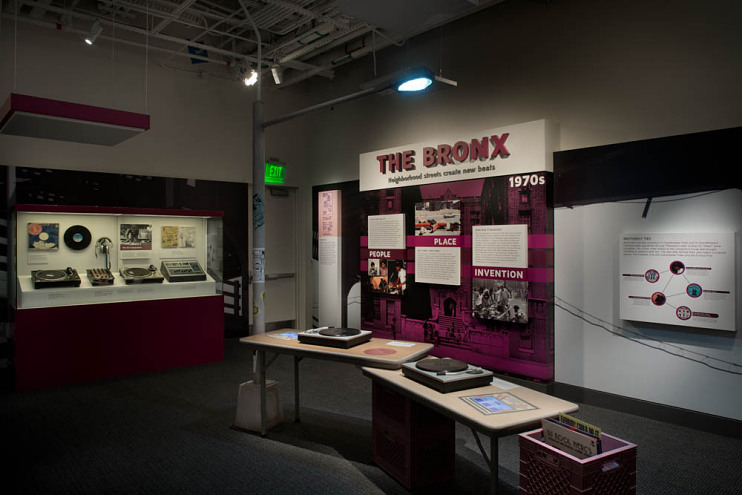 1970s Bronx was a culturally rich community of African Americans, Europeans, and people from Spanish- and English-speaking Caribbean nations. It was also economically and physically devastated. This circumstance made the Bronx the right environment for the invention of hip-hop. The residents’ diverse musical traditions influenced the sound of hip-hop, while the urban landscape provided the raw materials for its technical innovations. DJs used their family’s sound systems, or parts of them, or mined the Bronx’s abandoned buildings, cars, and streets for components they needed to craft the “best” sound system. Neighborhood spaces like parks, community rooms, and schools became their stage.

The first generation of hip-hop artists were true innovators. “The equipment wasn’t made for what we wanted to do with it,” DJ Baby D of the Mercedes Ladies remembered, “so we urbanized it.” Thanks to their electrical skills and creativity, used, scavenged, and inexpensive turntables, speakers, and components were re-worked, re-imagined, and re-wired in ways never seen before. The transformed equipment was paired with newly created techniques for manipulating records. The result was a system that made—not just played—a new kind of music. The sound system modifications of hip-hop DJs were eventually adopted by manufacturers and became standards for contemporary DJing equipment. 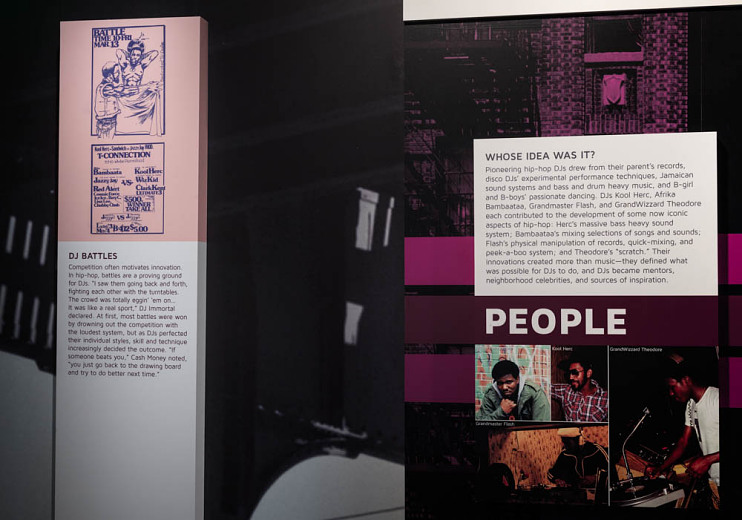 Competition often motivates innovation. In hip-hop, battles are a proving ground for DJs. “I saw them going back and forth, fighting each other with the turntables. The crowd was totally eggin’ ‘em on. . . . It was like a real sport,” DJ Immortal declared. At first, most battles were won by drowning out the competition with the loudest system, but as DJs perfected their individual styles, skill and technique increasingly decided the outcome. “If someone beats you,” Cash Money noted, “you just go back to the drawing board and try to do better next time.” 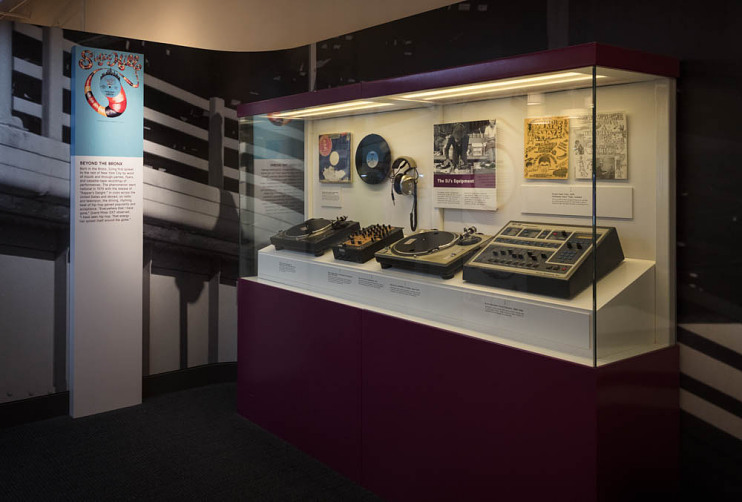 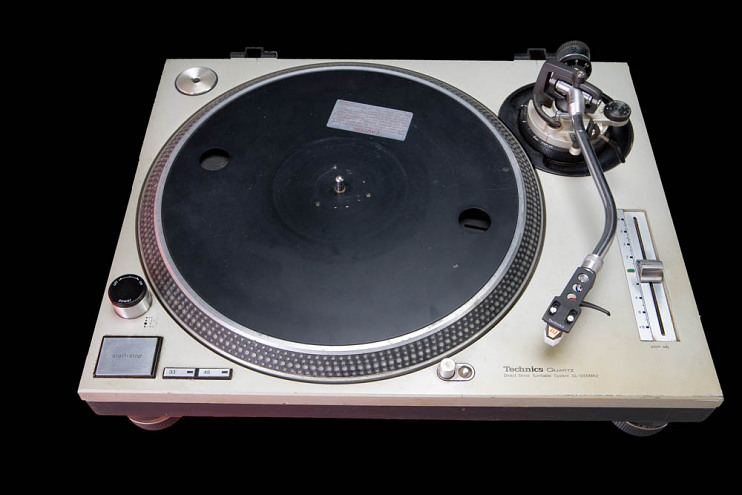 Grandmaster Flash used this popular turntable. He said, “I would do 360 turns [on the turntable], cutting with my elbows, my mouth, and crazy stuff like that.” 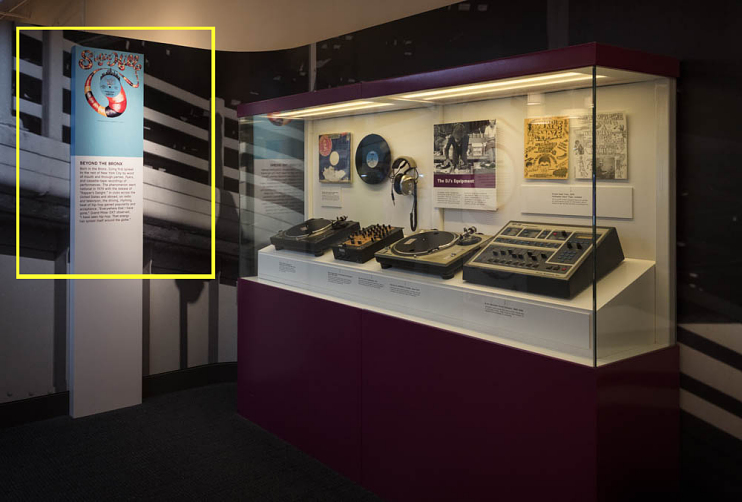 Born in the Bronx, DJing first spread to the rest of New York City by word of mouth and through parties, flyers, and cassette-tape recordings of performances. The phenomenon went national in 1979 with the release of “Rapper’s Delight.” In clubs across the United States and abroad, on radio and television, the driving, rhyming beat of hip-hop gained popularity and acceptance. “Everywhere that I have gone,” GrandMixer DXT observed, “I have seen hip-hop. That energy has spread itself around the globe.”