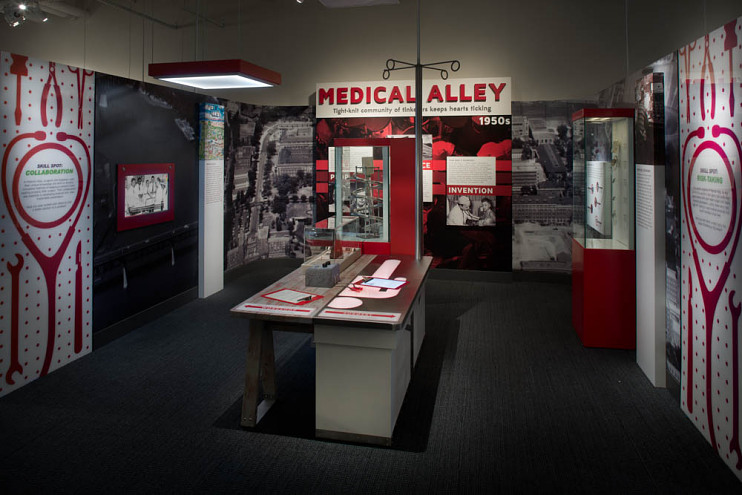 They seemed unlikely partners. Dr. C. Walton Lillehei was a prominent heart surgeon at the University of Minnesota. Earl Bakken was an electrical engineer and co-founder of a small Minneapolis company called Medtronic, Inc. that often repaired hospital machines. But these native Minnesotans leveraged each other’s skills to invent something that would keep a patient’s heart beating regularly after risky open-heart surgery. Working in a garage, Bakken quickly prototyped a wearable transistorized pacemaker that Lillehei attached to a young patient within days of its invention.

The first hospital in the United States devoted to heart patients opened in 1951. The University of Minnesota’s Variety Club Heart Hospital soon became known for its culture of risk-taking and collaboration among doctors, clinical researchers, and engineers. New medical research, technologies, materials, and procedures developed during World War II, combined with major federal government funding for medical research during and after the war, supported their rapid and innovative research and experimentation. Breakthrough inventions developed at the Variety Club Hospital included the external transistorized pacemaker and ways to keep oxygen-rich blood circulating in a patient during open-heart surgery.

It was 1957 and Dr. C. Walton Lillehei, “the father of open-heart surgery,” had a problem: How could he keep a patient’s heartbeat steady and regular in the weeks immediately after surgery? He asked engineer Earl Bakken for help, and Bakken found inspiration in a surprising source— Popular Electronics. After reading an article about a metronome circuit that used transistors (still a new invention), Bakken developed a prototype external cardiac pacemaker in only four weeks. The first commercial model, which he described as “the little metal box that kept children’s hearts beating,” was released in 1958. 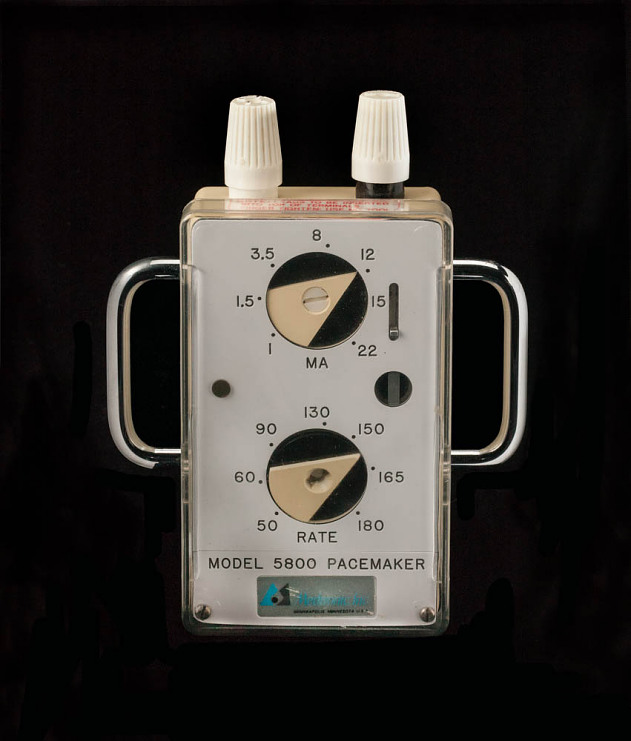 Debuted in 1958, this model was the first commercial version of Earl Bakken’s external transistorized cardiac pacemaker. It connected to the patient’s heart through the skin and was worn in a sling. 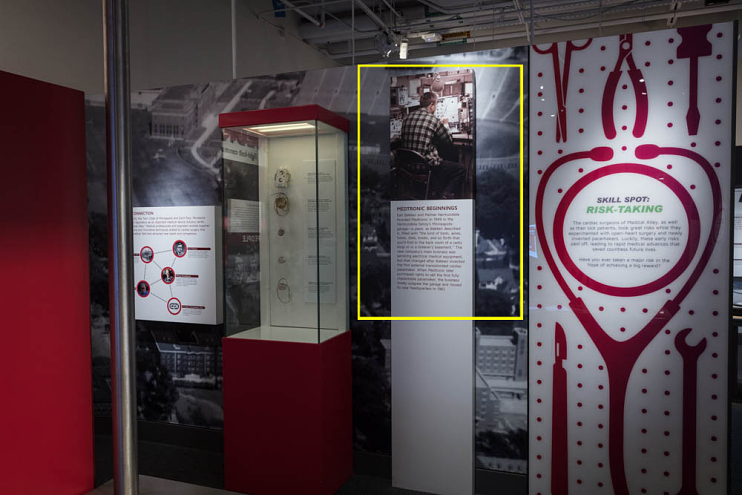 Earl Bakken and Palmer Hermundslie founded Medtronic in 1949 in the Hermundslie family’s Minneapolis garage—a place, as Bakken described it, filled with “the kind of tools, wires, tubes, dials, knobs, and so forth that you’d find in the back room of a radio shop or in a tinkerer’s basement.” The new company’s main business was servicing electrical medical equipment, but that changed after Bakken invented the first external transistorized cardiac pacemaker. When Medtronic later purchased rights to sell the first fully implantable pacemaker, the business finally outgrew the garage and moved to new headquarters in 1961. 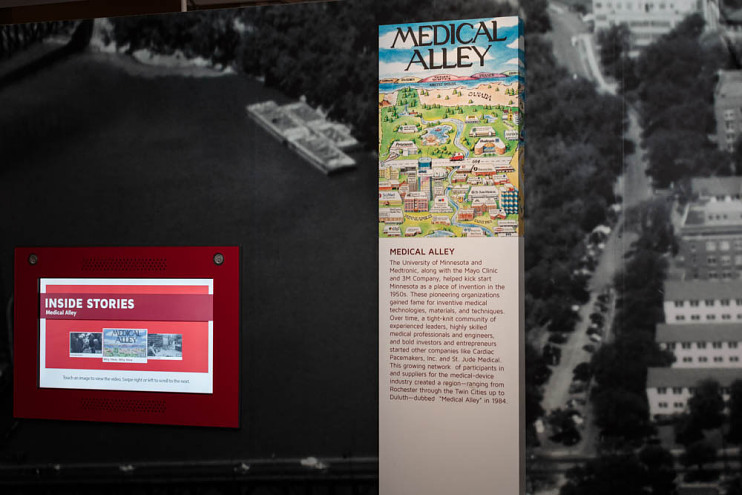 The University of Minnesota and Medtronic, along with the Mayo Clinic and 3M Company, helped kick-start Minnesota as a place of invention in the 1950s. These pioneering organizations gained fame for inventive medical technologies, materials, and techniques. Over time, a tight- knit community of experienced leaders, highly skilled medical professionals and engineers, and bold investors and entrepreneurs started other companies like Cardiac Pacemakers, Inc. and St. Jude Medical. This growing network of participants in and suppliers for the medical-device industry created a region—ranging from Rochester through the Twin Cities up to Duluth—dubbed “Medical Alley” in 1984.