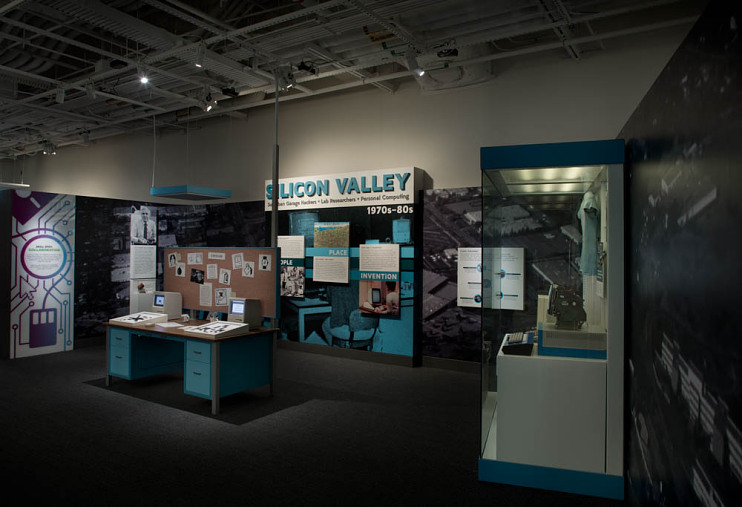 Both corporate researchers and self-trained hobbyists played crucial roles in the invention of the personal computer. Robert Noyce, Gordon Moore, and Andy Grove used their doctoral training in physics and chemistry to found Intel, a leading manufacturer of integrated circuits. Alan Kay and others at Xerox advanced computer graphics, networking, and printing. The Homebrew Computer Club gave hobbyists a place to share knowledge. Homebrew members Steve Jobs and Steve Wozniak founded Apple Computer after demonstrating their Apple I kit at the club.

California’s Santa Clara Valley wasn’t always known for high tech. The area had once been an agricultural paradise, teeming with fruit orchards and canneries. Its sunny weather, attractive suburbs, proximity to Stanford University, and casual but fiercely entrepreneurial business culture attracted talented people and new businesses to the region. A booming electronics industry emerged in the 1960s and inspired the nickname “Silicon Valley,” after the main element in integrated circuits. In the 1970s and ’80s, this cluster of cities south of San Francisco nurtured the invention of the personal computer.

Early computers were big and expensive and required technically trained specialists to run them. Not surprisingly, only universities, big businesses, and government agencies had access to these behemoths. In the 1970s and ’80s, Silicon Valley inventors changed the face of computing with the first “personal” computers, small enough to fit on a desk. They created revolutionary  features that we take for granted today—a handheld input device called a “mouse,” a graphical user interface with overlapping “windows,” and clickable pictures called “icons”—and made computers less expensive and more “user-friendly.” 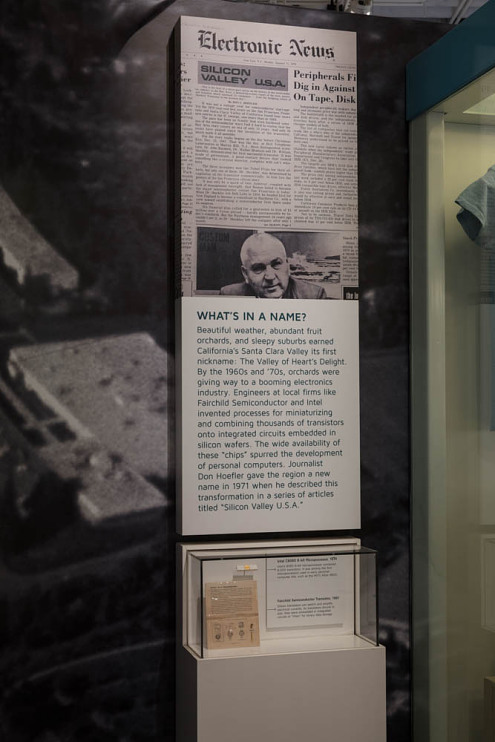 What's in a name?

Beautiful weather, abundant fruit orchards, and sleepy suburbs earned California’s Santa Clara Valley its first nickname: The Valley of Heart’s Delight. By the 1960s and ’70s, orchards were giving way to a booming electronics industry. Engineers at local firms like Fairchild Semiconductor and Intel invented processes for miniaturizing and combining thousands of transistors onto integrated circuits embedded in silicon wafers. The wide availability of these “chips” spurred the development of personal computers. Journalist Don Hoefler gave the region a new name in 1971 when he described this transformation in a series of articles titled “Silicon Valley U.S.A.” 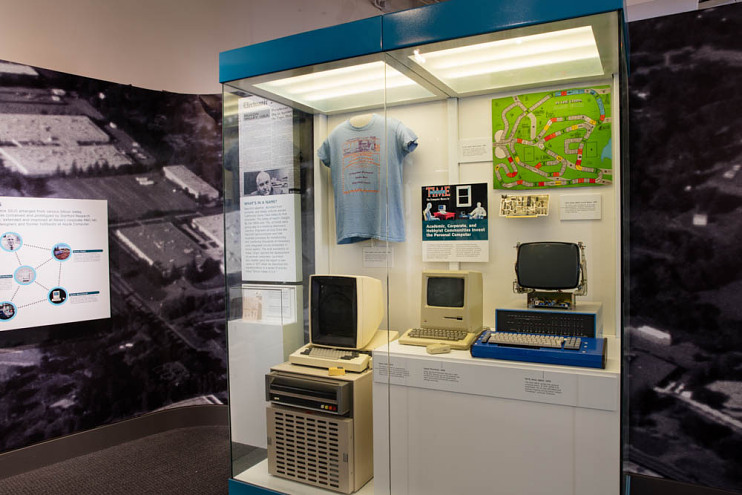 The personal computer emerged from several Silicon Valley sub-communities. Academic theorists from the Stanford Research Institute conceived of the mouse and graphical user interface, which Xerox’s corporate researchers built into the experimental Alto workstation. Meanwhile, Intel’s engineers developed the first mass-produced microprocessors that powered inexpensive hobbyist kits like the Altair 8800. The Apple Macintosh integrated all of these influences, offering sophisticated features at an affordable price.

The Xerox Alto was an experimental workstation, not a commercial product. It incorporated many now-standard features like a mouse, clickable windows, icons and menus, and cut-copy-paste editing. 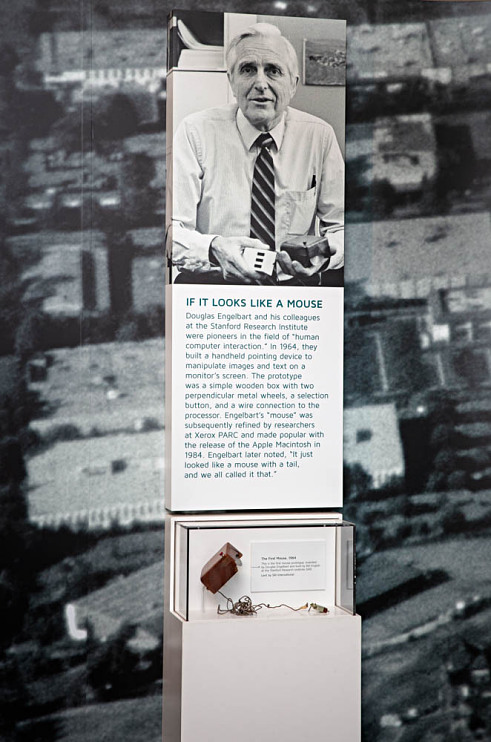 Douglas Engelbart and his colleagues at the Stanford Research Institute were pioneers in the field of “human computer interaction.” In 1964, they built a handheld pointing device to manipulate images and text on a monitor’s screen. The prototype was a simple wooden box with two perpendicular metal wheels, a selection button, and a wire connection to the processor. Engelbart’s “mouse” was subsequently refined by researchers at Xerox PARC and made popular with the release of the Apple Macintosh in 1984. Engelbart later noted, “It just looked like a mouse with a tail, and we all called it that.”

‹ Places of Invention Highlights Guide up The Bronx, New York ›