Within These Walls Highlights Guide 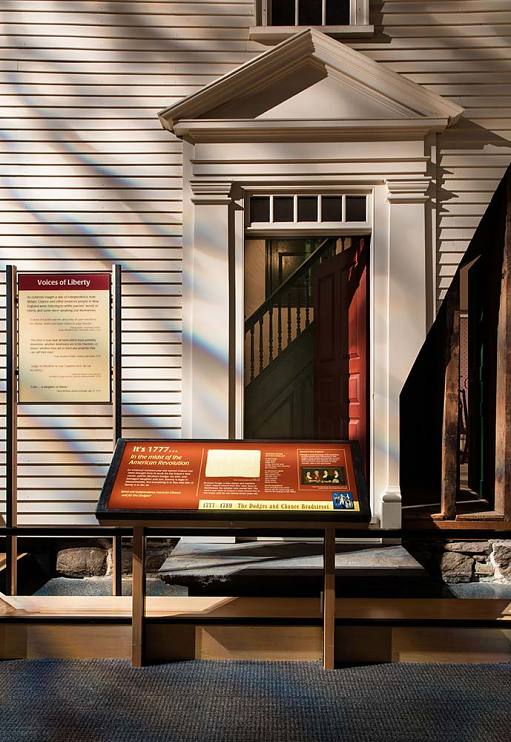 During the American Revolution and its aftermath, patriot Abraham Dodge lived in this house with his wife and family. Living with them was an enslaved African American youth, Chance Bradstreet, whom Dodge leased from his owner, a local minister. Like many other New Englanders—men and women, white and black—they sought the promise of liberty in different ways.

Living in close proximity to white colonists—often in the same house—enslaved Africans and African Americans in New England would have frequently heard white patriots as they spoke about their desire for independence from Great Britain. Some enslaved and freed people spoke out about liberty, too:

I need not point out the absurdity of your exertions for liberty, while you have slaves in your household.
–Caesar Sarter, freed black writer in Massachusetts, 1774

Continue your tour on the wall opposite the doorway. 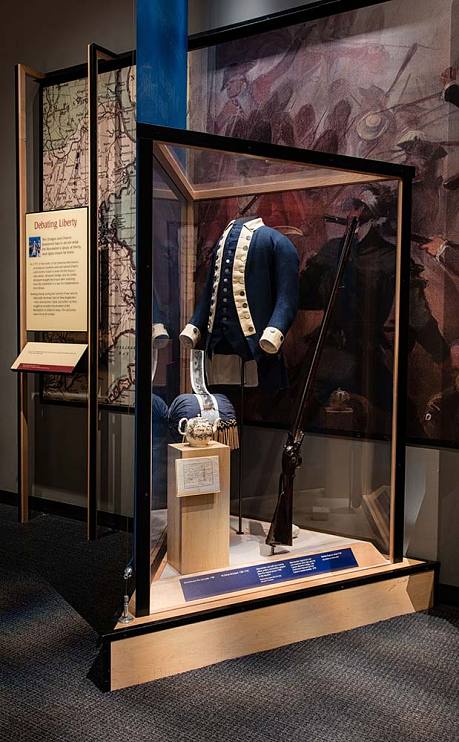 What did independence mean for the Dodges and Chance Bradstreet?

In the turmoil of the American Revolution and its aftermath, the promises of liberty were not all that certain.

Patriot and Bunker Hill veteran Abraham Dodge and other white property holders gained their independence from Great Britain, but the war left him in debt until his death in 1786. 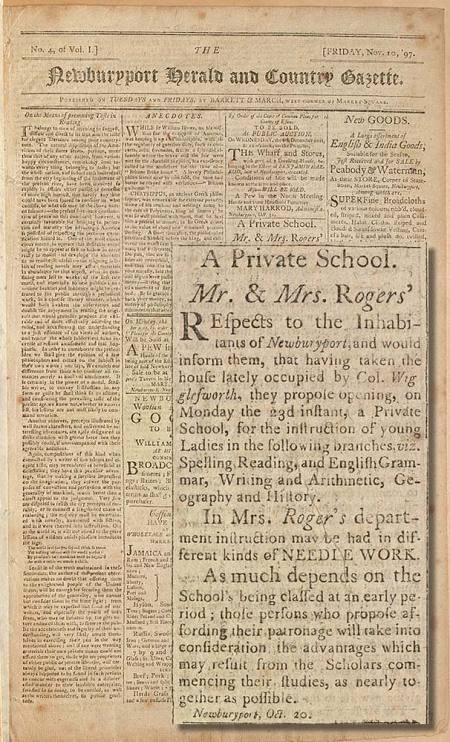 Women in New England continued to be denied many liberties, but some tried to stake their claim to the Revolution’s ideals. Abraham’s oldest daughter, Abigail Dodge Rogers, founded a successful girl’s school in nearby Salem, Massachusetts, where girls studied subjects such as history, geography, and arithmetic—even the “rights of women.” 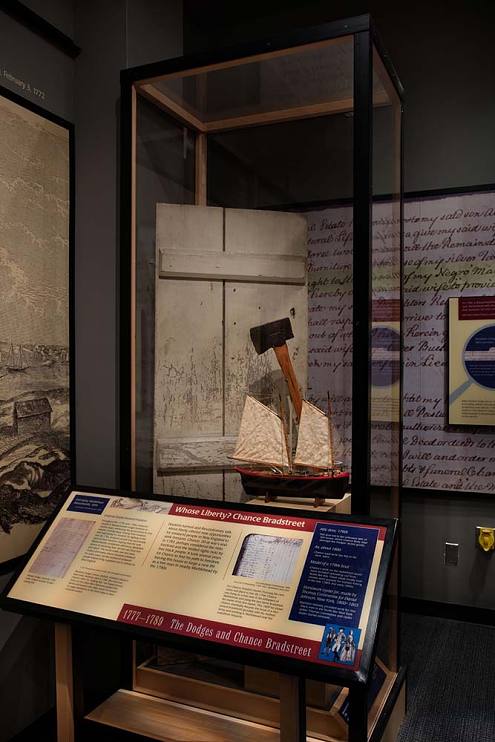 Enslaved people in New England sought their freedom in various ways. Chance Bradstreet, aged 21 at war’s end in 1783, perhaps considered the fact that independence offered few rights for free black people. He likely remained bound by his lease until 1789; by 1794, Chance had become a free man and by 1809 he was the head of his own household in nearby Marblehead where he worked on the waterfront. Maritime industry provided economic opportunities for Chance and other free black men in the North, though the struggle for equal rights continued. 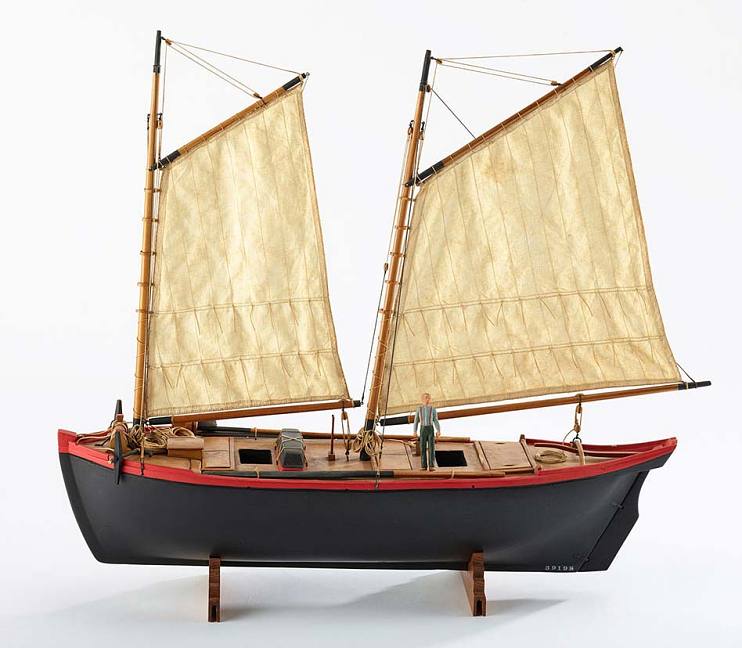 Chance’s work on the waterfront would have included unloading cod from boats like this.

To continue the tour, return to the house, just around the corner from the front door.

‹ The Choates up The Caldwells ›