We do things in a big way 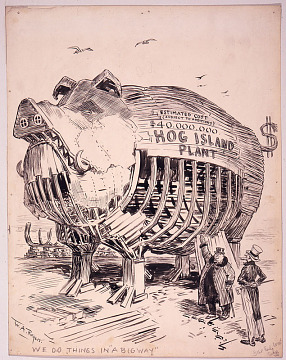 A wild saturnalia of extravagance, a brilliant phantasmagoria of patriotic pretense, and the pity and the shame of it are that those who...are wasting the money of the taxpayers are some of the great captains of industry of the nation.
—California Sen. Hiram Johnson, on Hog Island 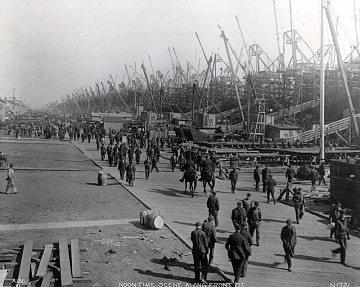 Workers at lunchtime walk past dozens of ships under construction, Hog Island, January 1919.

From a scrapbook donated by James D. Andrew Jr.

‹ Building Ships for Victory up Work and Patriotism ›