Gloucester: Fishing on the Banks

The New England cod fishery grew explosively in the mid-1800s. Men of Italian, Canadian, West Indian, and especially Portuguese descent flocked to Gloucester, Massachusetts, to find work in the fisheries and escape the discrimination they encountered in other New England communities. By 1888, approximately 200 Portuguese families lived in Gloucester, making it the largest Portuguese community on the East Coast. 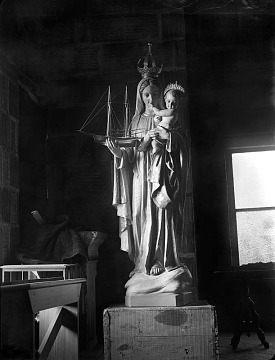 Our Lady of Good Voyage

Portuguese families in Gloucester have worshiped at Our Lady of Good Voyage Church since 1893. The statue on the second level shows the church’s namesake holding a boat in her left hand, symbolizing a safe voyage. 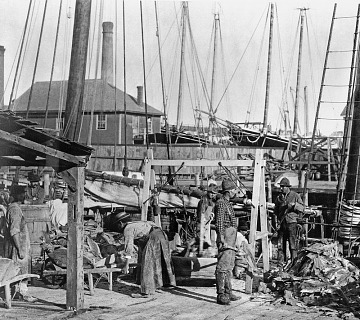 Work at the Wharf

Gloucester fishermen unload, cull, weigh, and cart away Grand Bank cod at the wharf of Parmenter, Rice & Co., in Gloucester, 1882. 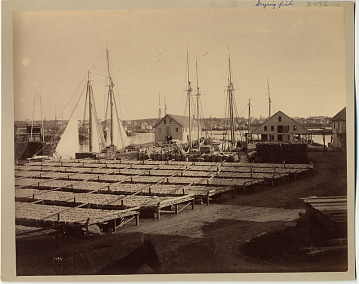 At the height of the cod fishery in Gloucester, the waterfront was filled with fish drying racks like these at D.C. & H. Babson, in 1882.

‹ Atlantic Cod up A Terrible Mortality ›