The End of the Slave Trade 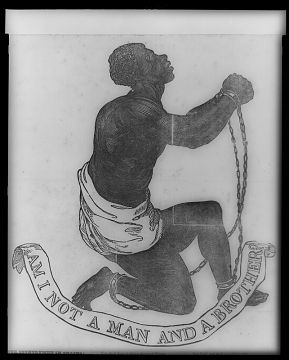 In the early 1800s, opposition to slavery grew on both sides of the Atlantic. A few nations joined in declaring the transatlantic slave trade illegal, yet most countries took years to abolish slavery within their borders. The United States banned the importing of African slaves in 1808, but slavery remained legal until the passage of the 13th Amendment in 1865.

Great Britain abolished slave trading in 1807 and gradually ended slavery throughout its empire in the 1830s. It used its naval power in the 1800s to discourage other nations from slave trading. These tokens commemorate these events. 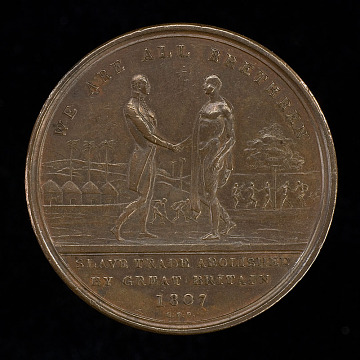 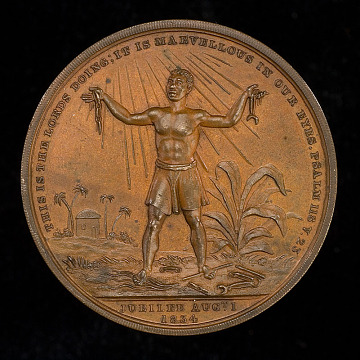 These tokens ask, “Am I not a man and a brother” and “Am I not a woman and a sister?” Reformers in Britain and America pressed for an end to slavery as cruel and immoral. Tokens like these, designed to spread the reformers’ message, were common on both sides of the Atlantic from the 1790s into the 1860s. 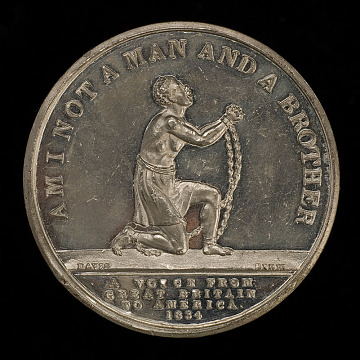 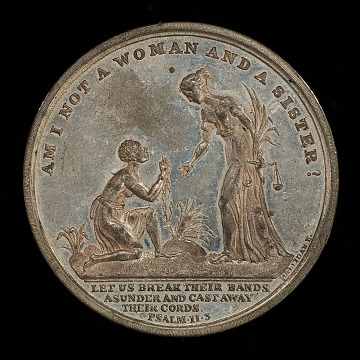