This journal was written and illustrated by Alexander Van Valen of New York, who set sail in January 1849 to join the California gold rush. He and four partners had formed a company to dig gold, financed by two other New Yorkers. Leaving behind his wife Susan and two daughters, Van Valen planned to be gone for two years.

The group booked passage on the bark Hersilia, which reached San Francisco on August 9, 1849, 200 days after leaving New York. Van Valen’s experience was typical of many East Coast adventurers. But his account of the voyage and his observations of San Francisco and mining operations are remarkable in their detail. 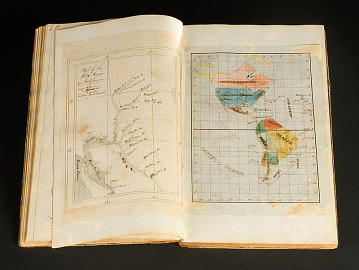 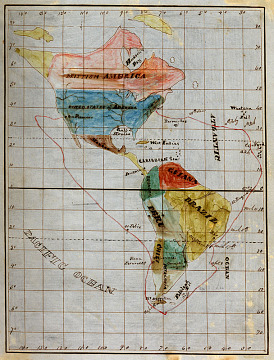 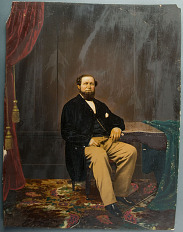 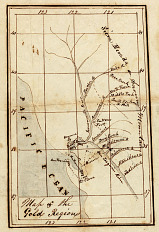 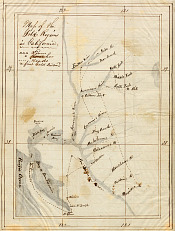 For Easterners, sailing to the gold fields was a dangerous and stormy voyage that lasted five to seven months. Vessels sailed around Cape Horn at the southern tip of South America, some 14,000 miles in all. Wealthier travelers could save months by boarding steamships for Panama. There they crossed through tropical jungles to the Pacific Coast to catch ships bound north for San Francisco.

It was a verry fatigueing journey...confined for near 7 months on board of a small vessel, with little chance for exercise, and no manual labor to harden us...
—Alexander Van Valen, January 18, 1850
‹ Clipper cards up Shipwrecks ›