Early steam vessels were hybrids that relied on both steam engines and sails. The Savannah made the first steam-assisted crossing of the Atlantic in 1819. But the first regular steamship crossings didn’t begin until the 1840s. By the 1850s, many wealthier passengers moved to steamships while most immigrants still crossed the ocean on sailing vessels. 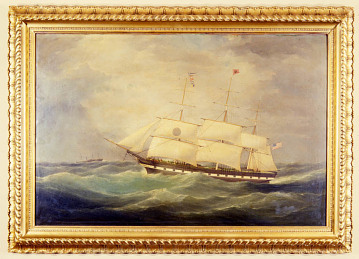 The Black Ball Line pioneered scheduled packet service on the Atlantic Ocean in 1818. On May 20, 1851, the line’s new ship Isaac Webb arrived in New York with 760 steerage passengers and some cabin passengers. The ship relied solely on the wind well into the age of steam, carrying passengers until 1879. 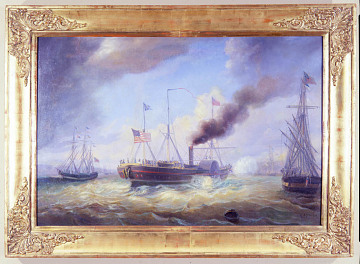 The Arrival of the Collins Line Steamer Atlantic

The Atlantic was built in New York in 1849. It was the first Collins Line transatlantic steamer, in service from 1850 to 1858. In his five custom-built ships, Edward Knight Collins pioneered the idea of luxury accommodations on an ocean steamer. 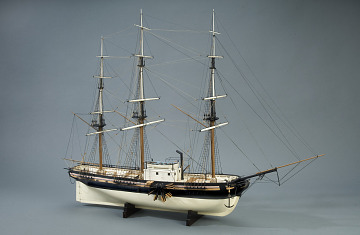 The Savannah was the first steamship to cross the Atlantic, although mostly under wind power. The ship’s engine was auxiliary, meant mainly for maneuvering in calms or in port. In 1820, new owners removed the engine and operated the Savannah between New York and Savannah, Georgia, as a coastal packet ship, carrying cotton and other goods. 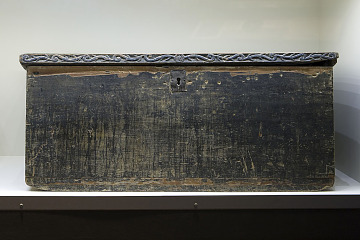 A sailor’s sea chest held personal items and clothing for entire voyages. It was his store, library, bank, and link to home. A heart with the name “Jan Smart” is carved inside the lid. 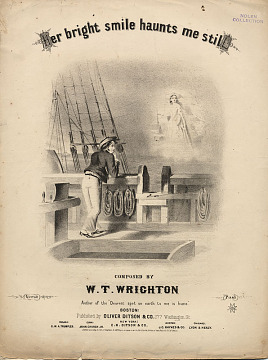 Popular images of sailors, like this dreamy young man, were highly romanticized in the mid-1800s. But toiling on a merchant ship was hard and dangerous, and many seamen were malnourished and disillusioned. Homesickness, a common theme in songs about sailors, was also a fact of life at sea.

‹ Aboard a Packet up Coasting Connections ›