Disaster! The Sinking of the Central America 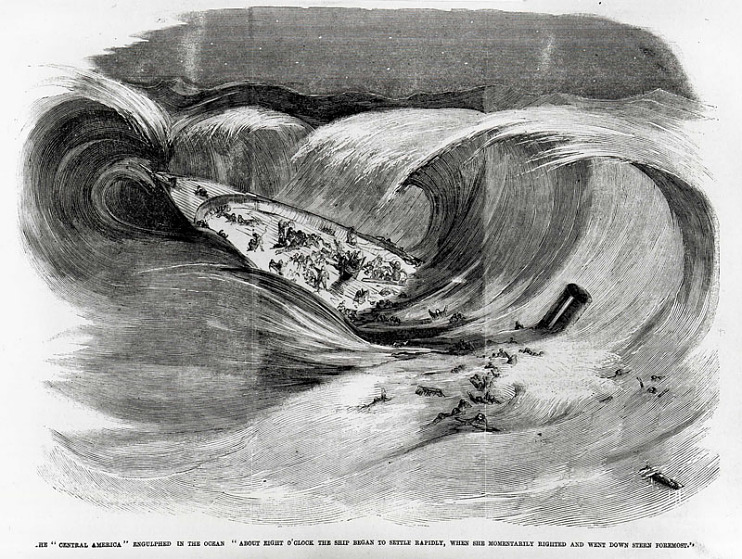 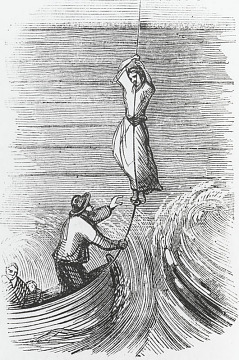 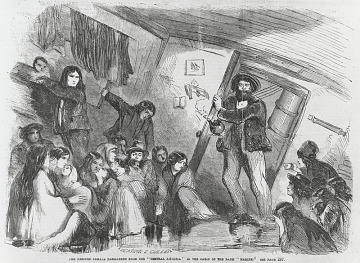 The sinking of the Central America was international news. Frank Leslie’s Illustrated Weekly and other newspapers published artists’ re-creations of the tragedy. 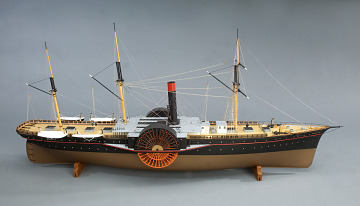 Built by William Webb at New York in 1853

The Central America was a three-masted sidewheel steamship originally named the George Law. In 43 trips between Panama and New York City between 1852 and 1857, the ship carried as much as a third of all the gold found during the California gold rush. On its final voyage, the ship’s gold cargo included thousands of new $20 Double Eagle gold coins produced at the San Francisco Mint. 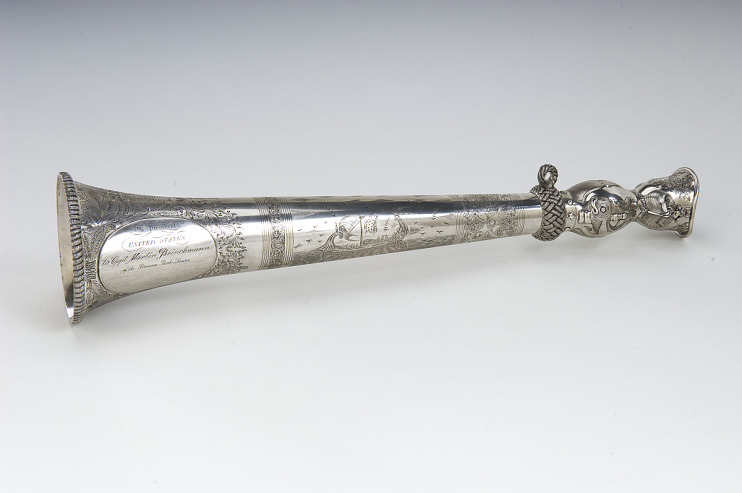 Gift of William A. and Jo Anne Eidson

President James Buchanan gave this ornamental silver speaking trumpet to the captain of the German bark Laura for bringing the Central America’s final three survivors to New York City. The British brig Mary actually rescued the men after nine horrific days on the open ocean. Bound for Ireland, the Mary transferred them to the New York-bound Laura.