In 2007, the United States imported around two-thirds of its energy, mainly in the form of some 13 million barrels of crude oil per day. Seventy percent of this oil was transported by huge ships from oil fields in Saudi Arabia, Venezuela, Nigeria, and other nations. The rest was imported via pipeline, mainly from Canada and Mexico.

Also in 2007, the United States imported around 3.5 trillion cubic feet of natural gas. Together, these imports of oil and gas represented 20 to 25 percent of the world’s total daily energy use. 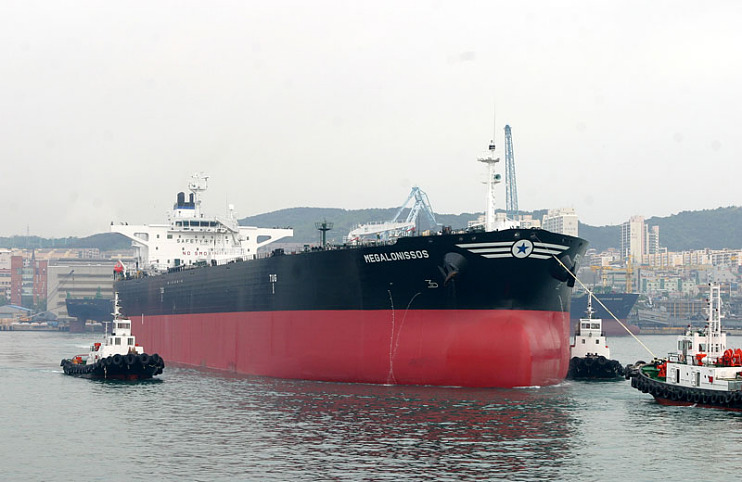 The oil tanker Megalonissos was built in 2004 by Hyundai Heavy Industries at Ulsan, South Korea, for Greek owners. It measures 800 feet in length and 106,149 deadweight tons (carrying capacity), and its cargo and fuel oil tanks are both double-hulled for extra safety. It falls into the medium-sized Aframax class of tankers and can transport 2.1 million gallons of oil per voyage. 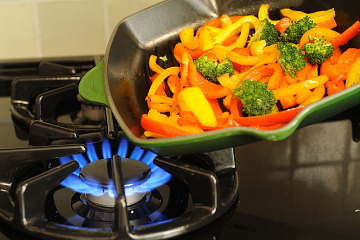 Wherever oil is found, so is natural gas. For transport as a liquid in special tankers, gas is first compressed and chilled. Americans use natural gas for cooking and for heating and cooling homes. It is also used in manufacturing paper, plastics, and glass, and for fueling city buses and other vehicles. Most of the electrical power plants built in the United States in recent years are fueled by natural gas. Demand for the fuel increases 2 to 3 percent each year.

Photograph of stove by Carl Fleischhauer

Just Look at Yourself!

Virtually all the synthetic materials and plastics that we wear and use each day are derived from petroleum. All kinds of personal care products use petrochemicals, too.

Of the things you are wearing or carrying today, how many were made with fossil fuels?

Where does most of the oil imported to the United States end up? If you guessed gas tanks, you’re right.

The American barrel of oil contains 42 gallons. On average,

‹ Personal Connections up Food from the Sea ›